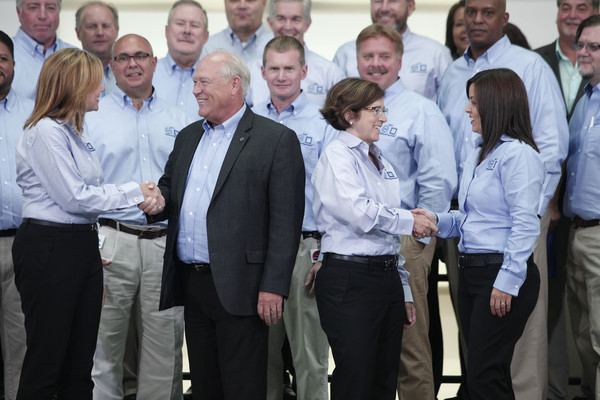 United Automobile Workers (UAW) labor negotiations are like the World Cup, and United States Presidential Elections. They only come around every four years (though never on the same year), they are always hard fought down to the wire, seem to last forever, are fueled by money, and are frequently accused of corruption. The difference is, UAW negotiations are too boring to make ad revenue off of. However, the United Automobile Workers negotiations have huge ramifications on the economy; after hard fought battle with FCA, they are stepping up to General Motors (GM). This has been a monumental year for the UAW, for the first time within this millennium, it seems that the Union is flexing its muscles to favor the common worker. While that is an impressive tidbit of information, it is nothing compared to the source of the power… surprisingly, it is coming from a collective of rank and file workers… a union of like-minded workers. Worker wages have been going down for years in every sector. Unique to the auto industry, is the fact that the most substantial slashes (those in 2007-2011) came directly from the tippy-top of the system: the US government (bail-outs have strings attached). However, that was not the beginning, it really started after 1999. Before the dot-com bubble burst, United Automobile Worker compensation had been stepping up, with GM leading the Detroit Three in terms of UAW supportive negotiations. In 1999, total compensation for General Motors UAW members was about $18 billion. But, after the crash, there was no industry immune, they all started to scrimp. However, the Crash is merely a symptom of the full story. The Detroit Free Press (Freep) did a series in 2001 (that one would be hard pressed to find) that detailed corruption throughout the system. This corruption permeated every aspect of the Union. From biased treatment on the floor to essentially embezzlement. Specifically, the UAW supposedly allowed Union representatives to collect overtime when not actually working. If true, just the overtime hours likely doubled their salary. Apparently, while this was happening, they were also ignoring the rank and file plight. The UAW was also allegedly essentially embezzling funds from salaries. Instead of paying workers their due, a UAW, GM, Ford, DaimlerChrysler collective used the shavings from salaries to fund lavish parties and sponsorships. The shavings purportedly amassed to over $1 billion. Lately, it seems that the improprieties are over with. The common workers have banded together to the benefit of all. Instead of blindly accepting an FCA proposal they did not agree with, they stopped it in its tracks. These actions put the pressure not only on GM and Ford chapters of the UAW, but all auto workers. It will also be interesting to see how other unions are affected by the now empowered auto worker union. To further establish their eminence, the UAW even threatened to strike. The result was a favorable labor deal with FCA. The efficacy was enviable, so GM union took notice; the General Motors chapter of the United Automobile Workers, stepped up to the negotiation plate with an immediate implied ultimatum. Either they reach a tentative agreement or the contract ends (they strike) days after the FCA deal was ratified. Just like the barely avoided FCA, a tentative accord was reached with mere hours to spare.