Is Volkswagen Prepared to Pay the Diesel Emissions Piper? 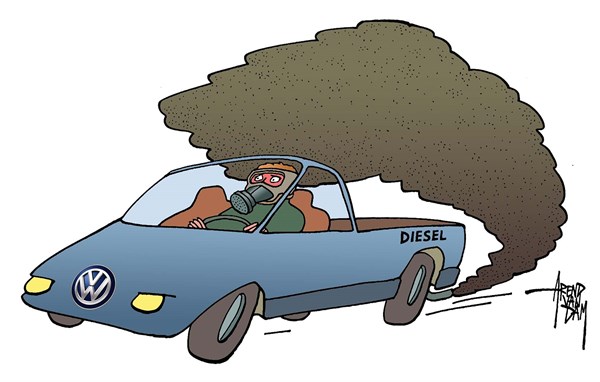 Millions of Volkswagen diesel owners have seemingly waited forever for the Wolfsburg-based automaker to resolve its emissions scandal. It’s taking VW longer to get its house in order than most might’ve liked, but to be fair some slow and steady steps are being made. The question is, will it be enough to stem the tide of negative publicity that threatens to put VW in the red in perpetuity? On Friday, a Volkswagen mole told The Truth About Cars that the company would buy back its first-generation, pre-owned 2.0-liter diesel models from U.S. dealerships. Each of these used first-gen diesel models will cost VW about $2,500 a piece to replace. With that said, dealerships haven’t been able to sell its older 2.0-liter diesel vehicles since the federal government issued a stop-sale in late September. Perhaps more pertinently for diesel owners, VW has yet to announce when it would offer a similar diesel buy-back program for individuals. Over the weekend, Volkswagen lawyer Kenneth Feinberg told the German publication Frankfurter Allgemeine Sonntagszeitung (as per Reuters) that the automaker is prepared to dole out generous packages to approximately 600,000 affected vehicle owners in the U.S. Due to his experience on high-profile compensation cases, Feinberg was recently hired by Volkswagen to head its compensation program for consumers cheated by VW’s diesel vehicles. There’s no word yet as to what form that compensation will take, however. According to reports, VW brass is still in the process of figuring out the dollars-and-cents cost of managing its emissions scandal. Until such time, Feinberg says his “hands are tied” with regard to establishing a claims fund for wronged customers. Feinberg says he expects (or is that hopes?) that nearly all of the customers wronged by VW will accept the offer he draws up. While Volkswagen and the U.S. state governments remain at loggerheads over the best method of fixing VW’s emission-cheating vehicles, the scandal has severely impacted the automaker’s bottom line. According to Reuters, VW shares have plunged 26 percent since the new year began. The automaker is taking the unusual step of delaying its 2015 financial results until it’s able to gather more information about the final cost of fixing its diesel vehicles. Volkswagen’s proposals haven’t been enough to mollify either individual diesel owners or the regulatory agencies that ostensibly represent their interests. Recently, Volkswagen’s plan to fix its 2.0-liter diesel vehicles was soundly rejected by the California Air Resources Board. CARB claims that the plans lacked sufficient detail and didn’t adequately address the emissions issues that concern Californians. The regulatory agency has yet to give its assessment of VW’s plans for its 3.0-liter diesel vehicles, which was submitted on February 2. Stay updated on the Scandal at Volkswagen by reading Auto Publishers! Image Credit: Cagle.com