Volkswagen Is Doing Better Than Expected 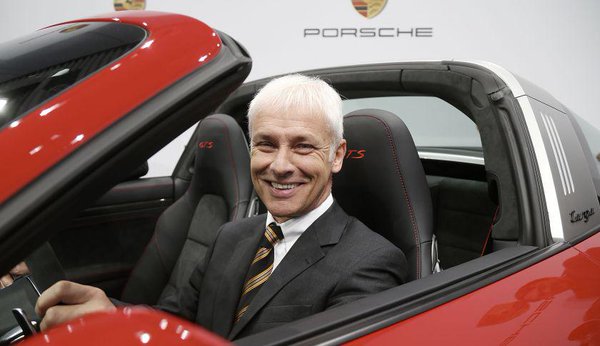 Volkswagen expected their sales to take a massive plunge this month; compared to last year (Year over Year (YoY)). However, they surpassed their expectations and did far better than they anticipated. Volkswagen expected to drop 14.5 points compared to last May. They actually beat their projections by over 3 points. Granted…  that is still quite a dip, but considering the scale of their scandal; that is fantastic. Comparatively speaking, its direct sales competitors (Toyota and General Motors) are the ones in trouble. For perspective, while Volkswagen; who is in the middle of a scandal, that includes a criminal indictment; dropped 10.7 points compared to last May. Before the diesel revelations; when it was on its way to a (short lived) usurping of the crown from Toyota; who was and is number one in the market (in terms of yearly sales (as opposed to monthly)). An 11 percent decline in sales would not be something to be proud of… unless your rivals did worse. That said, Toyota’s sales dwindled by 9.6 percent, without the burden of regular meetings with a notorious lawyer. Speaking of Kenneth Feinberg, his last client is doing far worse than Volkswagen. General Motors grimly expected a 12.8 percent sales deficit. Unfortunately, their stock of trustworthiness is not worth that much. Their sales year over year sales waned by worrying 18 points. So how could have Volkswagen done so well (strictly relatively), despite the diesel of it all? Simple. Firstly/sadly, while many citizens are environmentally conscious, substantial populations of people could, undoubtedly, not careless (verbatim) about automotive emissions in any fashion (see: Coal Rolling). Volkswagen has not only returned to profitability, in April they reclaimed the fleeting first place finish for global sales. While that is only for the month of May, and they still expect a decrease for the overall year, the company could not have dreamed for better results. There are quite a few factors that are playing in Volkswagen’s favor. First, is the Chinese automotive market. It surpassed the United States, and it is now the fastest growing automobile market in the world. Despite the disaster in Tianjin; a factory explosion that burned thousands of cars in an adjacent  Volkswagen facility. The Wolfsburg based auto manufacturer not only has a formidable market share in China, but its presence continues to grow. Furthermore, it has reached that point without relying on diesel vehicles. Numerous Chinese cities have rampant smog issues, to the point where it is a pervasive public health hazard. The last thing their citizens want is more diesel engines, Volkswagen TDI or otherwise. Also beneficial to the German giant of an automaker, is their star power. For years, they have built a reputation of reliability and quality, the old fashioned way; by word of mouth and online reviews. The auto group in general has a world class attention to detail. Before the Martin Winterkorn reign, their vehicles periodically posted segment topping products; spearheaded by their entry level workhorses (the Jetta and Golf). However, one of the (daft) decisions Winterkorn made was to demodularize the two models. Now the Jetta has a standalone platform that is made in Mexico. The aforementioned choice, resulted in the Jetta’s quality careening down an abyss. To their credit, the Jetta is also much better than it was, so… many are unconsciously forgiving Volkswagen compromise.