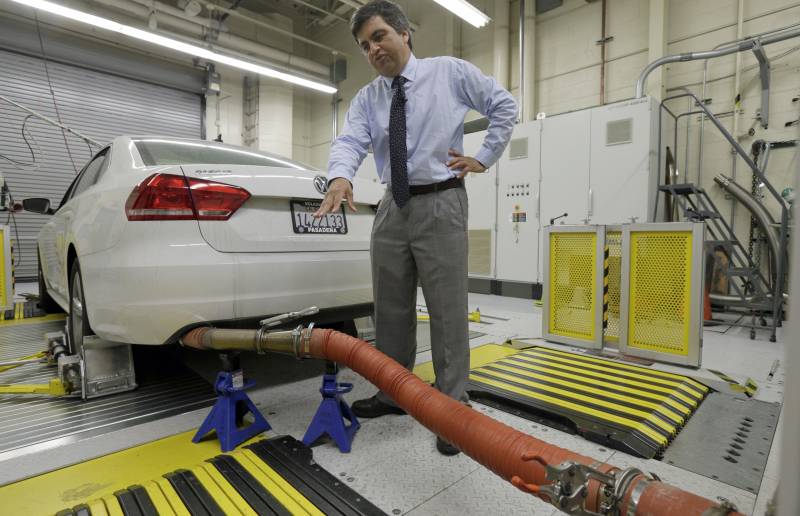 It is reasonable to vilify Volkswagen auto group for their wrongdoing regarding diesel emissions. However, the company was merely responding to the system in which it lives. While Volkswagen did break laws all over (most of) the globe, the deceit is better comprehended as jumping through loopholes. First, a quick recap. In 2009, Volkswagen started a push to reinvigorate the then ailing diesel industry. They branded themselves, as not your father’s diesel; alluding to the soot spitting diesels that became prevalent in the 1980s after the first oil crisis. The small 2 litre Turbo Diesel Injected (TDI) engines at the center of the scandal, appeared to be healthier; in that they secreted less soot, but they were almost as environmentally damaging, and even more scandalous. The difference is opacity. Particulate pollution is promptly perceptible, it shows up as a haze. In contrast, NOx emissions are invisible. Volkswagen was able to get away with polluting well above the legal limit for so long, precisely because of that fact. NOx emissions dissipate relatively quickly. Thus, NOx emissions are typically only observed during tests specifically calibrated to find them. In other words, unless someone goes out with the express intent of finding them, they will just disappear. That is why emissions testing is so important. Unfortunately, unlike the BAR exam, it is woefully easy to cheat on an emissions test. Because agencies like the Environmental Protection Agency (EPA) are criminally underfunded, they have to rely on outside sources and outdated practices to test vehicles. In my opinion; just as deplorable as Volkswagen’s pollution; are the lax standards and loopholes that made it possible. In the United Kingdom, 16 zones between Glasgow and London have regularly surpassed allotted (and estimated) NOx emissions by about 700 percent. That means Volkswagen cannot have acted alone. Even if they were the number one selling automaker in the world and diesel was the fuel that got them there, they still could not have accounted for that discrepancy by themselves. Knowing the nature of an emission test makes it much easier to explain the exorbitant number. Emissions tests are a very rigid and unnatural affair. After strapping the car undergoing the test to the dynamometer, the is made to accelerate in a very unnatural and specific manner. That particular pattern is what was exploited by Volkswagen (and many other manufacturers). They took an industry standard Bosch ECU, and added some extemporaneous parameters. Basically, Volkswagen taught the car to identify when it was being tested. That way it could be sure to pass the test (administered by a third party (as in a entity that is not the EPA) chosen by the automaker itself), but alter the algorithm for real-world driving. Volkswagen claims that the board of directors was not conscious of the discrepancy until after the scandal broke. That may or may not be true technically, but their CEO was more than likely involved. As mentioned before, Bosch ECUs were the one edited by Volkswagen… coincidentally, Martin Winterkorn was an executive at Bosch before working for Volkswagen. Therefore, it is acutely possible that Winterkorn was cognizant of loopholes and how to leap through them.