Volkswagen Recall on Horizon in Europe—Whither the U.S.? 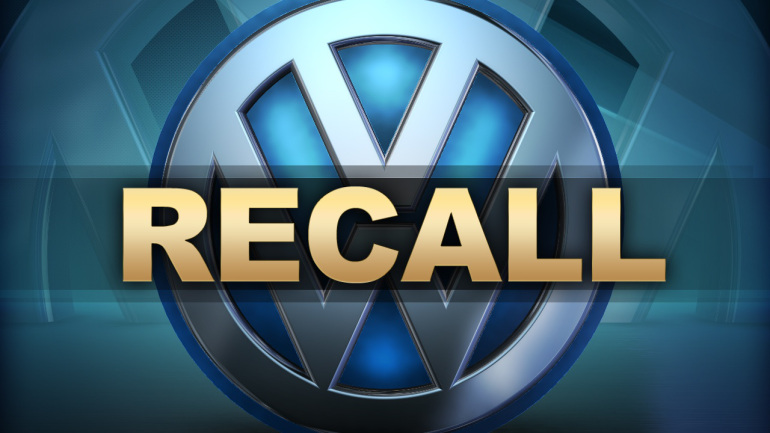 Vehicle recalls, congressional hearings, state prosecutions and pollution-related deaths—or as it’s otherwise known, just another day at scandal-plagued Volkswagen. Here are today’s lowlights for the German automaker. Decision Day for Volkswagen Yesterday we discussed the deadline Volkswagen faced in coming up with a solution to its diesel emissions problem. Today we are one step closer to a fix that involves the dreaded “r-word”—recall. Volkswagen CEO Matthias Mueller laid out the company’s plans in an interview with a German newspaper (as per Reuters). “If all goes according to plan, we can start the recall in January. All the cars should be fixed by the end of 2016,” Mueller said. This marks the first public pronouncement from a Volkswagen executive about a recall, a word that is practically verboten in the auto industry. The fact that VW is voluntarily taking the “nuclear option” demonstrates that the company is taking its emission sins seriously. It should be pointed out that Mueller’s recall remarks were mainly limited to Volkswagen vehicles sold in Europe. The company was noncommittal with regard with the nearly 50,000 VW TDI diesel vehicles in the U.S. that evaded emissions standards; according to a company spokesperson, VW must first coordinate its emissions plans with the EPA but offered no timetable for when that would occur or when a recall might be issued. Congress Comes Calling Mueller and other Volkswagen execs will inevitably have to account for their indiscretions before Congress—after all, politicians love to pontificate before the cameras, and this Volkswagen scandal promises to provide plenty of opportunities for indignant finger waving. According to a memo acquired by Bloomberg, the Energy and Commerce Committee will meet on Thursday to determine the extent of VW’s emissions cheating. The memo asserts that the automaker denied for two months that its defeat devices were designed to cheat U.S. emissions tests before finally admitting their true purpose to regulators. The committee met with Volkswagen representatives in preparation for tomorrow’s hearing, thereby indicating that VW is fully willing, ready and able to cooperate with Washington in order to remedy the situation. The Senate Finance Committee also announced that it’s launching its own independent investigation into whether the automaker knowingly defrauded the U.S. government of federal tax subsidies. Looks like Mueller and his team will get plenty of chances to visit the nation’s capital this fall. West Virginia First to File Complaint In addition to the U.S. federal government, Volkswagen will have to contend with a series of state prosecutors hounding them as well. Attorneys general from about 30 U.S. states have expressed interest in investigating Volkswagen, with the attorneys general from New York and Illinois issuing independent subpoenas. The first attorney general to officially file a complaint, however, was Patrick Morrisey of West Virginia, which coincidentally is the state where the emissions tests that definitely proved VW’s cheating were held. The complaint filed by Morrisey alleges that the automaker violated the West Virginia Consumer Credit and Protection Act by “fraudulently manufactured, advertised and sold a line of ‘clean diesel’ vehicles” that it knew failed EPA emissions standards. For this reason, Morrisey’s office is asking Volkswagen for significant monetary compensation: civil penalties of $5,000 for each violating vehicle; costs associated with pursuing the state’s investigation; and full refunds to customers in the state for the premium paid over a gasoline model, for the loss in resale value and for expected costs in lost performance as a result of an expected recall. If the West Virginia complaint proves successful, we can certainly expect other states to take similar measures going forward. Death by Diesel Last but certainly not least is the human toll that’s been attributed to the excessive amounts of pollution generated by Volkswagen’s diesel-powered vehicles. An Associated Press statistical and computer analysis concluded the company’s nitrous oxide spewing diesel vehicles caused dozens of deaths in the U.S. over the past several years. The AP claims that between five and 20 people died on a yearly basis in this country. What’s more, those fatality numbers were on the upswing as more VW TDI vehicles appeared on U.S. roads. Of course, the casualties caused by VW diesel vehicle pollution are bound to be higher in Europe, where the vehicles are particularly popular. According to one expert, when European death tolls due to nitrous oxide pollution are tabulated the total will likely be in the hundreds. All things considered, 2015 is going to go down as an epically terrible year for Volkswagen. As always, Auto Publishers will be here to observe the carnage so you don’t have to! Image Credit: WHNT News