Volkswagen to Install 2,800 Electric Vehicle Charging Stations in the US 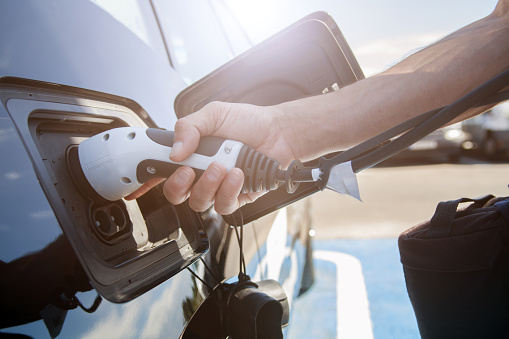 In December of 2017, the unit Electrify America of Volkswagen AG announced that it was planning to place 2,800 electric vehicle charging stations in 17 of the biggest cities in America no later than June of 2019. The selected cities include Fresno, Los Angeles, Sacramento, San Diego, San Francisco and San Jose, Boston, Chicago, Denver, Houston, Miami, New York City, Philadelphia, Portland, Raleigh, Seattle and Washington, DC.

They went on to explain that the new charging stations will be at approximately 500 different sites. About three-quarters of these sites will be at workplaces with the last quarter being near multi-family housing such as apartment buildings and condominiums.

After they were found guilty of emissions cheating, Volkswagen committed to spending $800 million alone in California and $2 billion throughout the nation to help build a clean car infrastructure as part of settlements with California Air Resources Board (CARB) and the U.S. Environmental Protection Agency (EPA) Chief executive officer of Electrify America, Mark McNabb, states that access to chargers is one of the largest barriers to getting the public to adopt electric vehicles.

In addition to the German automaker, General Motors and Ford Motor Company have both revealed that they will be bringing to market an entire family of electric vehicles over the next few years. These electric vehicles will be in direct competition to the Model 3 that Tesla has been struggling to sell.

Despite reaching over 50,000 units in the U.S., Americans are still reluctant to jump on board with electric vehicles. In order for major auto companies to aid in the mass adoption of electric vehicles, they must be willing to build up the national charging station infrastructure for consumer use. Electrify America has contracted with SemaConnect, EV Connect, and Greenlots to install their charging stations throughout the United States.

In fact, Scott Fisher, the vice president of market development at Greenlots explained that there hasn’t been a significant catalyst as of yet to ramp up the number of charging stations in America. He says that the opportunity to work with Volkswagen is unprecedented and will help create the infrastructure for electric vehicles that America needs.

The diesel emissions scandal has come with a price tag of as much as $30 billion, according to Volkswagen. In March of 2017, they pleaded guilty to a total of three felony charges in relation to installing secret software within their vehicles with the purpose of eluding emissions tests. The guilty plea was also a part of an agreement to resolve these charges in the United States. Additionally, at the beginning of December of 2017, United States Volkswagen executive and German national Oliver Schmidt was given a sentence of seven years in an American prison for the role he played in the scandal.