Want a Ford Shelby GT350R Mustang? Get in Line - A Very Short Line 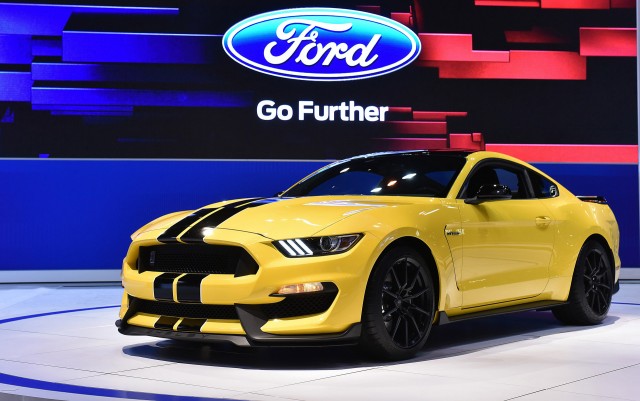 The 2015 Ford Shelby GT350 and GT350R Mustang are among the most highly anticipated products of 2015 this side of the Apple Watch. The only difference is that there are plenty of Apple Watches available for sale. As for the number of all-new Shelbys, that figures to be significantly less. Ford announced today that they’re only building 100 Sheby GT350 vehicles for the 2015 model run. As for the souped-up Shelby GT350R Mustang, the automaker is limiting production to a grand total of 37—yes, 37—vehicles for 2015. According to Ford Performance marketing manager Henry Ford III, the deliberate rollout of Shelbys is meant to “honor the passion of our fans” by releasing vehicles that “will be highly coveted by both Mustang and Shelby enthusiasts alike.” The limited production run of the Shelby GT350 and GT350R Mustang mirrors the strategy Ford took with its original run of Shelby GT350 competition Mustangs in 1965. Car design legend Carroll Shelby apparently insisted that two prototypes and 35 production models be built, even though Ford ultimately produced 34 production models. Both the GT350 and GT350R models feature a naturally aspirated, 5.2-liter V8 engine that churns out more than 500 horses, thus making it one of the most powerful performance vehicles produced in the U.S. Of the 100 Shelby GT350s that will be produced, half will be equipped with the Technology Package, while the other half equipped with the Track Package. The 2015 rollout is timed to coincide with the 50th anniversary of the Shelby GT350. All 137 vehicles in production will bear a unique 2015 VIN. It’s possible that Ford could produce more Shelbys for the 2016 model year. But for many die-hards, this may be a chance that they’re not likely to take. While you’re unlikely to find an available GT350 and GT350R on Auto Publishers, you can still search for great new and used Fords! We have an extensive list of vehicles on our site—just click on an automobile manufacturer to find car prices and vehicle information, or to select according to make and location.