Who Is Ferris Rezvani? 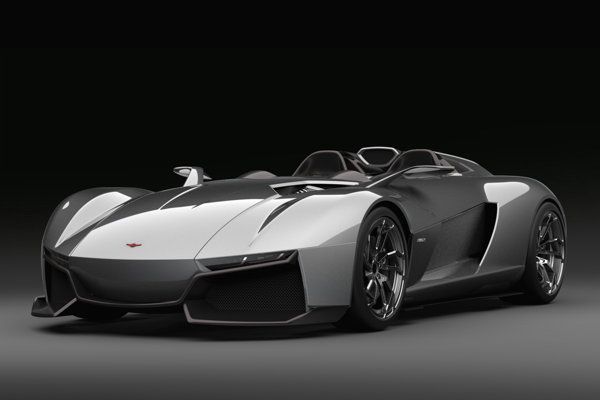 Rezvani Motors is a startup automaker that has now produced two working models, the Beast, and the Beast Speedster, however, before being made, there was much speculation as to their legitimacy. Jalopnik, who; initially shrugged those told them about a car made by Ferris Rezvani; off as spammers, is now awaiting a test drive for the Speedster. But why did Jalopnik immediately assume that information about a supercar (well, in this case a purpose edited track car) would be a hoax? Is it because they; more than most; know how often proposed supercars never reach the production lines? Even world renowned automakers make promises they cannot keep when it comes to producing super cars. Most painfully (at least for me) being the astoundingly innovative Jet powered Jaguar C-X75 (I know it was a premise built concept; never intended to be produced… but it still stings. I got attached, and its screen time on Spectre is not enough sue me). That is not even considering the hundreds of unknown companies that crashed and burned… figuratively (also, in all likelihood literally) while attempting to create a supercar. This story, however, is more interesting than prior pursuits, patterns, probability and statistics. This story involves debt, deceit, designers, the Dominican Republic, DDR kit cars and pseudonyms. Jalopnik may have been skeptical of any unknown automaker alleging to make a foe for Ferrari, however this was a special case. They definitely recognized this particular company/CEO’s name. Ferris (aka Fardis or Fardees) Rezvani, is not who was soliciting the publication (not directly anyway), but the company is named after him, and he had already made a name for himself. So, the Gawker Media company’s hesitation was very well founded. There were a few well documented attempts to make a super car by Ferris before Rezvani motors. The first was the Volarra GT. Unbeknownst investors, it was actually based off of a $23,700 DDR kit car made in the Dominican Republic, that was then redesigned and repackaged with a V8 engine. The car was redesigned by a rather prolific Iranian Designer Shawn Moghadam, who currently (and at the time) works for GM’s advanced design. Mind you, no one affiliated with Volarra Cars has any affiliation with DDR motorsport, so that was never going to get off the ground. Executive summary: Moghadam ended up suing the company (along with a few investors (though not a class-action)) to no avail, because the company; not surprisingly; went bankrupt. In order to recuperate some of his losses, the CEO sold the failed automaker’s patents on eBay to a Dutch auto manufacturer that renamed the car Vencer Sarthe and will soon be making a production version. Rezvani immediately used the proceeds to pursue another pipe dream; the Bulleta RF22. Apparently, Ferris’s father was a fighter pilot, so he wanted to make a car that emulated a jet (exceedingly original). The one he chose is a fantastic specimen, in fact my favorite mobile machine of all time (despite the fact it is not super necessary in any way), the F-22 Raptor. However, much like the Volarra, the RF-22 was actually based on an existing car, in this case a Lotus Evora. And that is not where the similarities end. Lotus also had no intention of working with Rezvani in any shape or form. Like a shape and formless figure, the car was vapor. It was never made. And, yet the only rendering is inexplicably uglier than both of the things it is emulating. However, aforementioned atrocities notwithstanding; who could deny the appeal of an Ariel Atom wrapped in carbon fiber; the Beast made by Ferris Rezvani looks amazing.