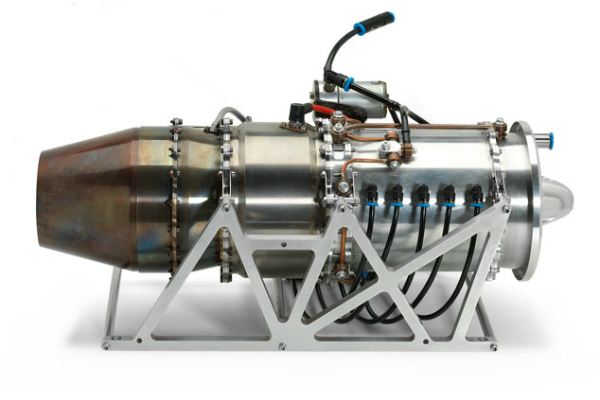 Tata Motors made Jaguar and Land Rover an offer they could not refuse. When both brands had their backs against bankruptcy Tata swooped in and saved the companies. Though, through very little effort from the Indian’s company’s end. All they really did was provide some much needed fixing funds and a solid infrastructure to the British brands. Now Tata Motors has bought a share of Bladon Jets, why did the Indian company do that? Some might assume that Tata was just entering another market. It would not be surprising, they have vested interests in everything from Hotels and Beverages to steel and automobiles... not mention Tata Advanced Systems which is responsible for Indian defense systems, and Tata Hal tech; the most unfortunately named aerospace company. However, the acquisition of Bladon Jets had nothing to do with either company… well maybe a little bit. But the purchase was mostly about Hybrid automotive technology. Bladon Jets holds a unique position in range extension of battery powered cars. Instead of a traditional internal combustion range extender, Bladon has developed a micro gas turbine that is perfect for range extension. The Jets are cleaner and more weight effective than their IC counterparts. The micro gas jet engines offer a similar output to an internal combustion engine, but have never been used in anything other than concepts. Bladon makes the world’s smallest gas turbine. They were able to leave the competition in their tiny jet wash due to one patented reason, their blisk. A Blisk is simply a bladed disk that is one moving part on most jet engines. What makes Bladon’s Blisk so special is not only the size, but the fact that it is made from one solid piece of metal. This makes the piece both stronger and lighter than its competition. Unfortunately, automotive jet engines are too infantile for a practical production car. Only two cars have ever been fitted with jet engines, and neither are even being considered for production (well maybe one bought not with a turbine). Thus far, Bladon has made micro gas turbines the C-X75, and the Pininfarina Cambiano. Take the 2010 Jaguar C-X75 concept car, which used twin jet engines in conjunction with four potent electric motors. Jaguar said the years it would take to create a feasible car powered by a jet turbine, and they were not prepared to invest years into the C-X75. Two years after the C-X75’s debut in Paris, the Pininfarina Cambiano was unveiled in Geneva. Compared to the C-X75, the Cambiano was practical… or as practical as a $400,000 to $1,000,000 Super car can be. It seems Bladon became more efficient because the Cambiano only used one larger microturbine, and increased the range by a reported 60 miles on the newer concept. Why Tata Motors made bought Bladon Jets, is much less complicated, they are banking on Gas Turbines revolutionizing the market. However, the more relevant question is will they be able to. The technology is brand new and there is not much competition driving further innovation. They have made a working prototype yes, but can it become as cost effective as a traditional engine. Before that, can it even reach a production model? Most cars take ten years and well into the millions to reach the asphalt, so maybe we’ll be seeing a working model by 2020. Though most likely as a novelty, not a high volume model.