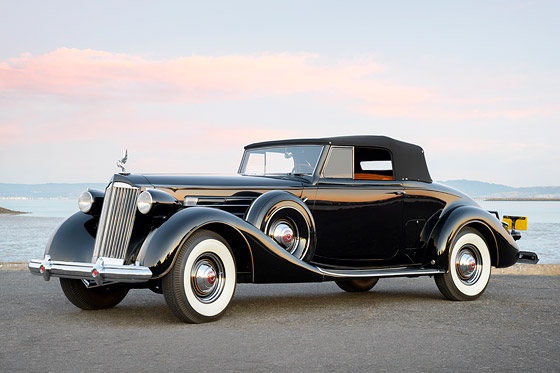 Through the succession of generations, there are significant differences that one generation different from the next. Many of these generational differences have to do with changes in society, changes in interest, abandonment of older traditional values, and a relatively newer one – the advancement of technology.

Often, the current generation is blamed for the imminent collapse of everything good in the world, which is why millennials are often labeled as the generation that will bring doom to the collectible-car market. After all, why would a millennial want a collectible car that is antiquated and has no computerized options? That’s the story you are likely to hear at car shows, car auctions or from any collectible car enthusiast. However, new data may tell a significantly more upbeat story.

As the theory goes, Baby Boomers (born between 1946 and 1964) have the most interest in classic cars, from buying and selling to collecting. As the Baby Boomers are lessening in numbers, the responsibility falls upon Generation X and Y (Millennials) to take up the torch.

The most recent data (2017) collected by Hagerty, in 2017 shows a significant growth in the overall market for younger generations. For the first time ever, millennials have engaged in more collectible car activity than the baby boomers. This data is completely contrary to popular belief.

Younger generations have absolutely taken up the torch to carry on the collectible car market. However, the vehicles that pique their interest are more likely to be pickup trucks, SUVs and performance cars dating from the late 1960s to early 1990s rather than the classic cars that previous generations naturally gravitated to, such as the 1950s sedans, hot rods, and early muscle cars. After all, a classic car is deemed “a classic car” after 25 years on the market.

Now, that doesn’t mean that the current classic cars will totally disappear. There will always be those that have a love for a good classic car like a Model T or a '59 Cadillac Eldorado.

Tastes and values might shift from generation to generation, but based on the data, we can certainly say that a large portion of the growth that the collectible car hobby enjoyed over the past few years can be attributed to the millennials. Gen X has also reached their prime earning years, and they collect just as enthusiastically as the boomers did before them. Although each generation is different, it doesn’t make one generation better than the next. It’s really just a generational thing.