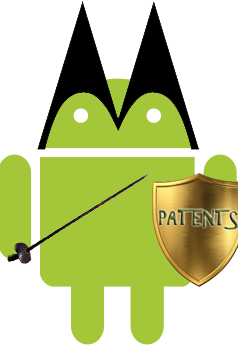 A user friendly in-car infotainment system has been a long time coming. Android, Microsoft and Apple have made it easy, but all of the initial attempts by car makers have been thoroughly underwhelming; awkward interfaces and touchy touch screens add up to a big distraction in a 2 ton death machine. Infotainment systems are easily the most consistently flawed aspect of the modern automobile. But those days are in the past, evolution has arrived. Welcome to Android Auto: the future is now (and patented), but only to those select few buying 2016 Hyundai Sonatas. Some of you may be asking, what took so long? We have had seamless interfaces since the dawn of the iPod. There are a couple of reasons, chief amongst which is the fact that cars (and now Android Auto) have to be built to withstand conditions a smartphone could never imagine, and are liable for any malfunctions. Most phones would be destroyed by a cup of water. Yet, a car sits outside when your house floods, protects you during collisions, and can survive a building’s demolition. The other big reason is intellectual property. This is a much more complicated subject, so I needed an explanation from an expert. Dr. George Edwards is a Professional Expert Witness and the Smartphone expert at Quandary Peak Research. In other words, the expert, on this exact subject. First, before this goes any further, none of the following is in anyway legal advice… at all. I am not a Lawyer, so treat this as conjecture. This was all found via Google as patents are public knowledge (google.com/patents). Dr. Edwards and I would very much like to avoid a UPL (Unlicensed Practice of Law) suit. Next, a brief briefing. Android (Google or anyone else with money), patents (or copyrights) all of their original work. That way, if other companies (or people) use any ‘scintilla’ of their work, they can sue for patent (or copyright) infringement. From there they can either stop them with an injunction, license use, or collect from the revenue attributable to the infringement and then some. There is currently a debate whether software should be patented or copyrighted. One side (and most (older) literature on the subject I can find) says that, computer software is more comparable to literature or a mathematical equation, therefore it is copyrightable material. However, Dr. Edwards explained to me, whether a patent or copyright is filed for depends on the intent. Copyright is used to protect the way ideas (e.g., an algorithm) are expressed in code (e.g., a specific set of program instructions). This is opposed to protecting the resulting invention as a patent would. This system is not free from corruption. There are those who go out, and spend huge amounts of money patenting trivial details, just to collect even more money from infringers. These people are referred to as Patent Assertion Entities (Patent Trolls). When they find a company has infringed on their Intellectual Property they call Erich Spangenberg. Android specifically knows this murky subject better than most. Their phones made more money for Microsoft than Windows Phones have. They have made Microsoft more than a billion dollars a year for their rival company up until last year. As it turns out, over 70 percent of the phones sold with Android operating systems in the United States are (or possibly were) subject to licensing fees. Motorola was the first to step up and call shenanigans. They ended up winning the case, which was chalked up to patent trolling. This win set a precedent that other Android companies eventually followed. This turned into years of Microsoft v. Samsung, which was finally settled privately earlier this year. No details have been released. With all those details out of the way, on to the patents surrounding Android Auto. The reason auto companies have had such a hard time creating a truly great interface is because "Google, Apple, and Microsoft have filed and received hundreds of patents for automotive technology” (Dr. Edwards 2015). Granted that is mostly due to the Electronic Chauffeur Showdown (Credit for coin-ship pending). Though some have been much more obtrusive. US Patent 8,793,031 filed by Microsoft, I assume garners a killing in licensing fees, because it seems to have patented connect smartphones to the car via Bluetooth (which explains why Android Auto requires a USB connection). Not to be outdone, US Patent Application 20150088412 (filed by Google) regards a car’s HUD (heads up display) receiving Navigation information from a mobile device. This was a pivotal base for Android Auto as that is where most of the praise emanates from, seamless navigation. These are only two of no doubt dozens of similar patents. Intellectual Property is important to protect, but like anything else it can be abused. I am not condemning anyone's actions, who wouldn’t take advantage of a situation if given the opportunity. It is the opportunity that is the problem. Any system with holes will have people crawling through them. If Android Auto sets a precedent, the future will involve institutionalized party lines separated by patents. There will not be the option to both enjoy Apple OS and the Hyundai Sonata.