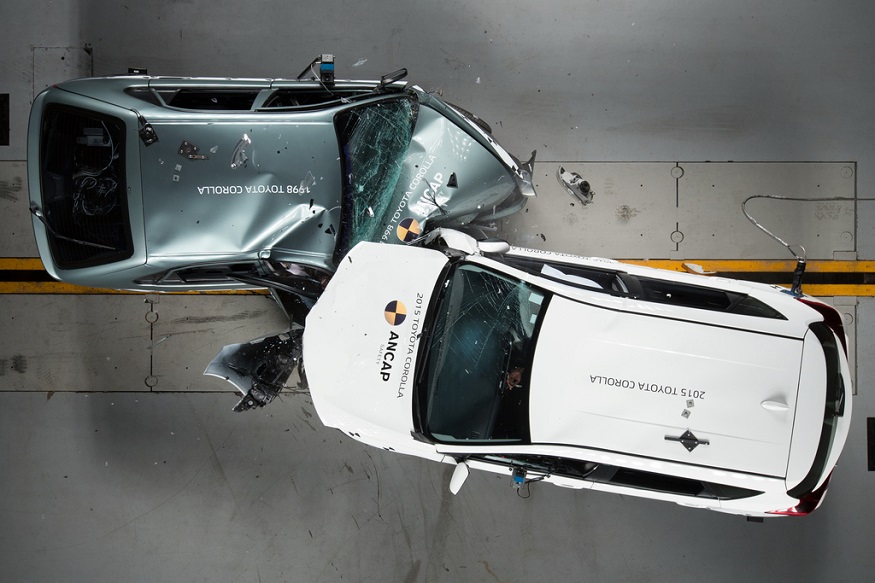 Did you know that drivers of vehicles more than five years old are four times more likely to become fatally injured in a vehicle crash? According to ANCAP (Australasian New Car Assessment Program), you are much safer driving a vehicle that is within five years of its manufacturing date.

In order to reach these results, the organization staged a frontal crash test between a 2015 Corolla and a 1998 Corolla. The frontal-most off crash was performed at 40 miles per hour. The front end of the 1998 vehicle was completely crumpled while the windshield was shattered. The older Corolla scored a measly 0.4 out of 16 points for catastrophic structural failure. Crash test dummy readings stated that the driver of the vehicle would have likely suffered potentially fatal injuries to the legs, chest, and head. According to today's test standards, the 1998 Corolla would have scored zero stars on its crash rating.

By comparison, the 2015 Corolla scored 12.93 points, the equivalent of a five-star safety rating. The front of the vehicle suffered relatively minimal damage and the windshield remained intact. According to James Goodwin, ANCAP's chief executive, the test results demonstrate in graphic detail the safety benefits of newer cars for drivers and their passengers.

The average age of a vehicle that is involved in a fatal car crash was 12.5 years ol in 2016. Within the past year, that average has increased to 12.9 years. The drivers who are most at risk when operating an older car are young, inexperienced drivers and the elderly or frail drivers. Unfortunately, these demographic groups are the most likely to be found in older vehicles. It is Goodwin's hope that this test will help encourage discussion among drivers to consider the safety of the cars they are currently operating.

Although the test was performed in Australia, the information is still pertinent to those on American roads. Safety is not a luxury. Those who are driving vehicles older than five years should assess their options and consider a newer car for their own safety and the safety of their passengers.