Armoured Vehicles: Sometimes it Is Necessary 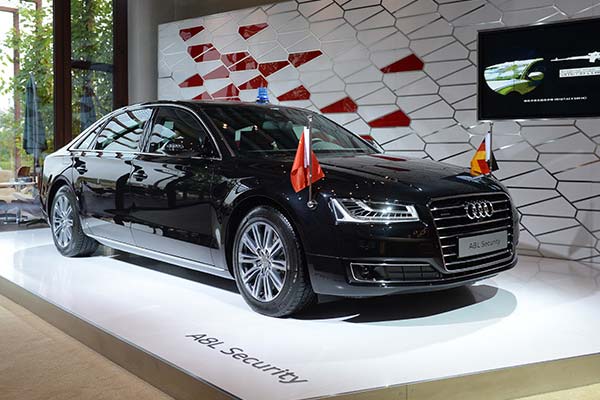 As a mere peasant, I have not been introduced to a world where an insanely expensive armoured vehicle is necessary. I am not very important (yet), and most people I know like me. The ones that do not are definitely not going to kill me over it. But, there has been a market for it for 100s of years now. Leonardo da Vinci designed an armoured vehicle in the 15th Century, but it was a failure. The wheels spun in different directions. Sometimes even geniuses make simple mistakes (though he was right about the eventual necessity), his armoured vehicle design is impressive in its existence, but not much else. The first functional armoured vehicle was the Rolls Royce Silver Ghost. In the beginning of World War I, British soldiers needed a way to get around quickly, and transport items when appropriate. The Silver Ghost was widely regarded as the best car at the time, and it was made in England, so that's what they began using. In 1914 someone got the idea to put a turret on top of the car to help soldiers when planes were not available… brilliant. After a few scuffles, soldiers thought: what if it were bullet resistant? So they began putting whatever steel they could get their hands on to protect Ghost passengers. This proved so effective that every other ghost available got the same upgrades. Being that all the upgrades stemmed from the addition of a turret, this was the birth of the modern tank. Tanks became a staple of 20th century warfare, but Rolls Royce stopped making them. Now Rolls Royce now only makes High Security Vehicles, without guns. They have been making them for who knows how long now, because used to only be special orders for privacy reasons. Now the major automakers are going public to appeal to those who can afford to pay for the pricey protective packages on their already premium vehicles. It seems before major automakers went public with their services, Mercedes Benz was unofficially the front runner in the armoured vehicle field. The Mercedes S600 Pullman State Limousine was used to chauffeur Elvis around before being the choice vehicle for Edi Amin. This lead other auto manufacturers to try to break into that $4.4 billion market (or so it was worth sometime before 2007 when DaimlerChrysler AG disbanded). The only automakers that seem to do their dirty work are the major German Auto manufacturers. Audi, Mercedes, and BMW all make in house armoured versions of their most premium vehicles, because sometimes it is necessary to sell to potential tyrants… otherwise someone else will get their filthy, dirty, sweet money. However, they do have varying levels of openness as far as accessibility. Audi has no website in the US. I suppose that would be a direct corporate sale, but I cannot find a brochure of any sort online; for any country. I guess while they do not mind Car and Driver telling everyone about their defensive daily driver, they will not. Mercedes is marginally less mired when it comes to information. Their flagship secure sedan is the S-Guard. With a quick Google search, one can follow the Mercedes Benz Singapore link to find out more. Not to mention, the countless articles touting its VR9 classification. BMW has no shame. You don’t even have to be specific, for their models to show up. If you search BMW security, their armoured vehicle models will command the front page. A link to their corporate sales page full of information on their high security line up is the first result. I suppose the reason not many other automakers make in house bomb-proof versions of their cars is because other people do it for them. Armormax makes high security versions of dozens of cars. Their product page looks like it came out of Q-Lab. Complete with electric door handles, smoke screens, and road tacks. Armormax just has less Aston Martins. Most of the cars offered with extra protection are quite glitzy. It seems sometimes it is not enough to just bullet-proof-up, the Armoured vehicle needs to shame those who see it with their enormous… endowments?