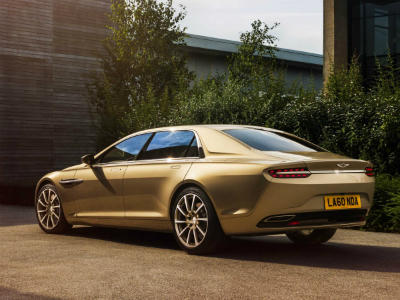 Aston Martin recently branched out. Typically, they only made coupes for for those willing to spend over $100,000 on a car. In that field they are second to none. Aston Martin has a pedigree of style incorporated into each and every one of their cars; they then customize their cars to incorporate each of the owner’s direct specifications in terms of interior, Q is an interior coach builder for its own brand. There are very few real coach builders remaining. The reason being, that today’s cars are so particular; it is hard to make any major physical alterations without sacrificing performance. In the first part of the last decade, it was much easier to be considered (and respected) as a coachmaker because automotive technology was not considered quite so elementary. It took a team of individual specialists to cohesively make one car, one team made an engine, another a chassis, a coachbuilder made the body, and etc. Not much has advanced, though, the process is not quite as honest. In reality, most major automakers are still following the same strategy. The only difference is that the name brands in question, have gotten a bit more sophisticated and diverse amongst their own ranks. They have merged and melded so that all the professionals are present in an company’s (or auto group’s) design process. This panel of niche technicians get together and put together a schematic of the chassis, engine, and body, then make sure the rest just falls into place. What they do is they buy all the individual parts from from specific suppliers (like Takata Corporation or Brembo) get them sent over to their factory, and put them together like legos with the aforementioned major components. What I love about Aston Martin, is that I feel that they are an extension of the Audi mindset (truth in engineering) on the higher (and less versatile) end of the spectrum. Their cars have an attention to detail that is unparalleled. Because not only can they make a superlative cookie cutter car mold, they can then make the owner feel that it is one of a kind… and if it was sent to the Q Branch of the factory, it probably is. That was the appeal of coach builders, they took a sum of mechanical parts that was more or less identical to all the others on the road, then gave the owner the satisfaction of uniqueness; Aston Martin has that pedigree coursing through their Blood (oil?(electricity now (whatever))). It is a gift that any salesman aspires for... or lies about. The idea that what you are buying cannot be replicated, or repeated. It was made for you, and no one else, because you matter more than any other client; potential or otherwise. Pink interior? Sure; just make sure the check says Aston Martin (or Q), and that you come back when you have another $200,000 to turn into a modern mechanical masterpiece. Ulrich Bez was the first to steer Aston away from such a personalized hand-crafted technique, and  into a more automated system. He was appointed CEO when Ford took control of the company. The DB7 was his crowning achievement; selling more than 7,000 models in 10 years. The wingspan has never graced the hood of such a sum identical models. As CEO Bez brought the company a few steps away from the Brink, but never further. Which is not an insult, it is actually a miracle an artisan company has stayed liquid in an automated market. It is not cost effective to craft each cookie into shape by hand, when cookie cutters can make a dozens in seconds. Bez retired at 70 was replaced by Andy Palmer. While, Bez took the company further from its roots to make sure the sun could see the dozens of interchangeable flowers sprouting forth, Palmer is going back to the roots and making sure each flower has every individual nutrient necessary to be the magnum opus of the brand. So committed is Palmer to this idea, that he has taken the plunge into contemporary uncharted waters. Palmer plans to use Aston Martin’s pedigree and branch Lagonda off into becoming the first automaker/coach builder. There are other coachmakers in existence, Zagato, Pininfarina, Fisker, and etc. but they only do half of the job. They get a car that already exists, and alter it. It seems Lagonda will be a step further into the one-of-a-kind territory. Taking a Rapide based sedan and making it totally unique example of sports luxury.