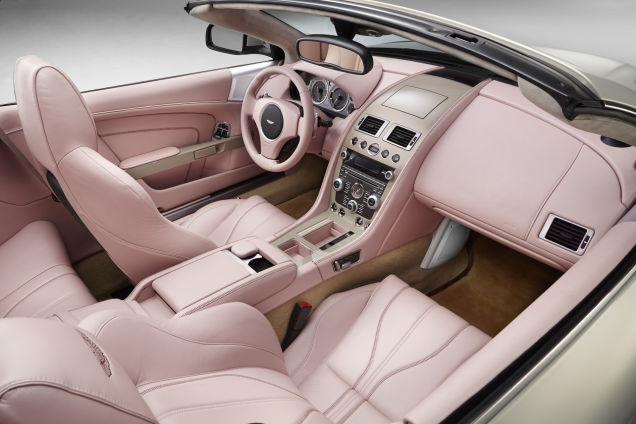 The Aston Martin Rapide is the company’s only 4 door option. Soon they will be introducing the DBX, which will be their first SUV. The concept they released earlier this year at Geneva is not the final design, merely a preview of things to come. One of which, being an all electric powertrain for their upcoming SUV. Before the SUV is released, the Aston Martin Rapide plans to set yet another precedent. When the Rapide originally released it further established the brand. Before then the wingspan brand was like a Husky that could do one trick terrifically, but could not do the basics. They could build a car that ushered up to two people at a time in the most luxurious cabin at varying levels of fast. That is still their English Muffin and truffle Brie, but they proved that they could appeal to a (slightly) larger demographic.The demographic being one in which its countrymen (Bentley and Rolls Royce) are dominating. The Aston Martin Rapide started with a simple idea; keep the set precedent in place, just make it appeal to twice as many people. Or in other words, keep the supermodel body, but just make her taller. Their first foray further into sensibility, went rather well. So well, in fact, that the one of the companies it was vying: Bentley; overly emulated their British now competitors's emblems. The Rapide still had the huge V12, but now it could seat four full sized adults comfortably with the same fuel consumption, which is literally twice as practical. Now Aston Martin could shake hands and play dead. The poor husky did not know what scolding was until it released the Cygnet a year later. In trying to make the brand appealing to a demographic they had never even considered; they successfully (while not deliberately) made what was and could have been a pragmatic car excessively impractical. The Cygnet started its life as a Toyota iQ, before it was sent to Aston’s clutches. The reason I love Aston Martin, is their factories, they make dreams come true. They will mix any personalized interior with a specialized exterior for any and every patron. Unfortunately, they tried to do that with the Cygnet and ended up with an over-priced flop. At Concours d’Elegance, it was officially announced by the CEO himself; Andy Palmer; Aston Martin will be making its first actually efficient car. In under two years, the wingspan badge will be sitting on the bonnet/boot edge of an Electric Rapide. Obviously, it is inspired by the Tesla Model S, Palmer even mentioned Tesla in his announcement… albeit not in an entirely flattering way. When referencing the performance; after mentioning the 800hp prediction for their model; he said, “...Ludicrous speed is stupid.” He clarified his company is more interested in lap time, citing specifically the Nürburging. Unlike all the other cars emulating the Tesla’s electric example, this one will not be in anywhere near the same price range. The electric Aston Martin Rapide will set a new precedent while staying faithful to Aston’s roots. They are the last major automaker with a true coachmaker pedigree. Already their Q-branch (not this Q-Branch) will do more than any other brand’s personalization departments. Hopefully, they devote a division to take the electric powertrain and start building custom coach bodies around it… though honestly, they pretty much hit it out of the park with the Rapide, Vanquish, DBs 1-9, -S, (potentially -X), and definitely anything with the Vantage nomenclature.