Audi A8: Totem of Luxury 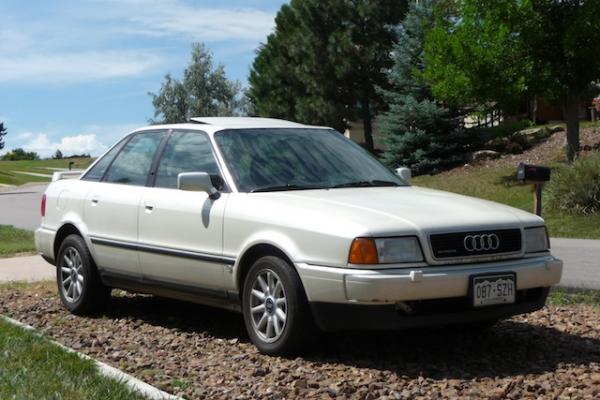 When considering the upper echelons of $100,000 luxury cars, 3 names are always brought up, BMW 7-series, Mercedes S-class  and Audi A8. The names are almost synonymous with luxury. The Tesla should be just as formidable but they do not have the established infrastructure... yet, but when they do it will be a 4 horse race to the top. But as of now, the Audi A8 sits atop the luxury totem pole, and for good reason. First and foremost, what sets apart Audi from the competition is their attention to detail. Even when it comes down to their styling. From a distance the total package is subtle, it might even look like a typical car of whatever class; sedan, coupe, SUV etc. However, when close enough to inspect the details, one realizes, herein lies the beauty. For a long time, they were not considered the top of any car type. They were an after thought behind BMW and Mercedes. And there was good reason. Audi is just re-ratifying itself as a respectable name, after a huge recall in the 80s coated the 4 rings in tarnish. Audi did not start to recover from the devastation until 1994 with the introduction of the first ever A4. I suspect it was the aesthetics that started to steal the crowd, because it was much better looking than its german rivals. That though, was not enough to sway buyers in volume. It was not until what I call mascara lights were introduced (in 2006 by the R8) that sales really bounced back. BMW and Mercedes-Benz had already spent years establishing their brand without any major hiccups. The BMW M badge marked an Ultimate Driving machine, Mercedes S-class was the totem and innovator of Luxury, while Audi had weird blends of both across their lineup, notable examples are A8 W12 to the S8. Now the A8 sits at the top because of the wonderful mixture of mindsets, and motto that is never compromised. Truth in Engineering means that the cars speak for themselves, they just need to bring attention to their details. Down to the dealership they live and breathe that fact. The Audi dealership has been the only place did not feel like I knew more than the salesman. I went through my normal cycle of things to check for while the salesman dealt with another customer on the phone. When we both finished our respective objectives, he showed me all the things I would have never noticed without an expert. He was much taller than I was; over 6 feet; so he showed me how the door frame in the back seat was beveled at the bottom near the back of the front seat, so tall rear passengers would not hit their foot when entering. He then showed me how the roof above where his head was had been (expensively) sculpted to add an inch or so more head room. Beyond how big the trunk was, he showed me the mesh tent storage and how it worked. Which is cool and could probably come in handy, but not really impressive. The most impressive thing in the trunk was how the main computer was placed above one of the rear tires for easy access. I thought that was genius in its simplicity. In most cars the computer is hard to access in case of emergency, but in this one it is as simple as accessing a spare would be. He then showed me how the doors would auto correct if not closed properly. I later learned that BMW (and probably Mercedes) do the same, but I would have never thought to check without proper expert guidance. The doors were also triple sealed for a hermetically sealed cabin. In a daily driver that means that the cabin maintains temperature more efficiently than the competition. So your black Audi with black interior is less likely to be suana upon entrance. But it is also helpful in the A8L Security, (which will be launched in the fall) namely in the emergency-fresh-air system which over saturates the cabin with air in case of a toxic gas attack. As of late, cars have reached the point where not much more can be added that is truly revolutionary (as far as gadgets and gizmos go). Everything added makes the car marginally more convenient for a small while before the competition does the same, in many cases it is irrelevant because legislation moves slower than the Automakers’ R&D. This means; attention to detail is the only separating factor. True luxury only exists in innovative improvements on established excellence, therefore Audi (especially the A8) has to top the Totem. Their attention to detail knows no bounds. Any time anyone buys an A8, the wood comes from a the same type of tree in the same forest every time. What’s more, every panel has a VIN number that is tied to an extra replacement panel waiting in the factory in anything happens to the original in the car. That pride of product does not exist anywhere else.