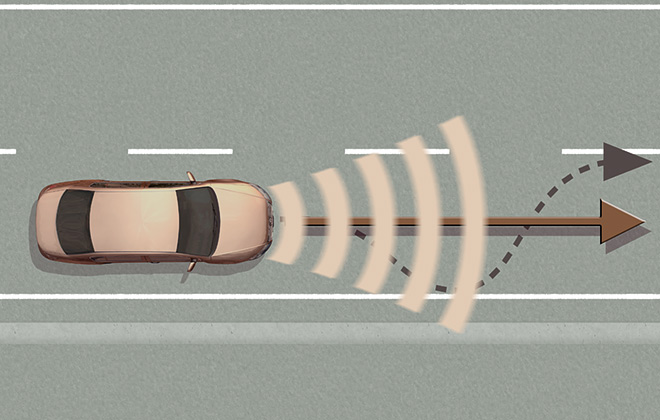 While we think the idea of an autonomous auto as a relatively new one, it has been gestating for over four decades. The anatomy of an autonomous auto has been developing since the introduction of an Anti-lock braking system (ABS). While it is normally thought of as an automotive process, the first vehicle to have an antilock braking technology was actually a plane in 1929. Anti-lock brakes work by measuring each individual wheel’s speed by means of a Hall effect sensor (VSS). If one of the Vehicle Speed Sensors (VSS) detect a wheel starting to stop, it decreases brake pressure to ensure it keeps spinning, that is referred to as threshold braking. The first car to have this technology equipped was the 1971 Chrysler Imperial. Originally, it was exclusive to high-end automobiles, but Ford’s Fleet wide introduction forced foes to follow suit. ABS is a fine example of the Auto Group effect. ABS was a relatively simple addition that provided a significant safety improvement for cars. It was branded as revolutionary automotive technology (which it was simple but revolutionary), but only to maximize margins. All automakers could have adapted it instantly, but only did so after it was made integral by a competitor. Brake Assist (BAS) unveiled by Mercedes in 1996, is an evolution of ABS (and an acronym anagram). It just added another element to the ABS system (in this case a high pressure brake fluid tank to increase brake pressure in case of emergency). This is first many incorporations into what is now the autonomous auto anatomy. VSSs were then combined with a yaw rate sensor on the steering column to create a stability control system, which further helps the driver maintain control by decreasing engine torque; according to the extrapolated situation; to ensure traction. After reducing braking distances by 45 percent with BAS, Mercedes employed an active suspension to aid the autonomous cause. Active Body Control (ABC) introduced a gyroscope to the equation in 1999. It was used to reduce body roll by stiffening and softening the suspension as required. That same year, Mercedes introduced DISTRONIC, which was the first adaptive cruise control fitted to a production vehicle. The only mechanical addition necessary to the existent ABS was a proximity sensor, which uses ultrasonic pulse to 'see' the way bats and submarines do. Now that cars had reflexes (so to speak), they needed to continue to gather more information to become proactive. As opposed to assisting during an emergency, automobiles are to avoid and anticipate accidents by 2001. This lead to automobiles adopting eyes.  While ABS is a western invention, Lane Departure Warning (LDW) and later Lane Keeping Systems (LKS) are Eastern, clearly coming from Japan. Mitsubishi was the first automaker to feature LDW in 1992. However, it was not until the early 2000s that other companies introduced similar implementations. Using only the aforementioned technology, a rudimentary form autonomy anatomy could be formed if paired with an adequate algorithm. In essence, it could be seen as the nervous system of a still not sentient auto. However, cars are not far from exemplifying self preservation instincts.