Autonomous Autos: Planning from the Past 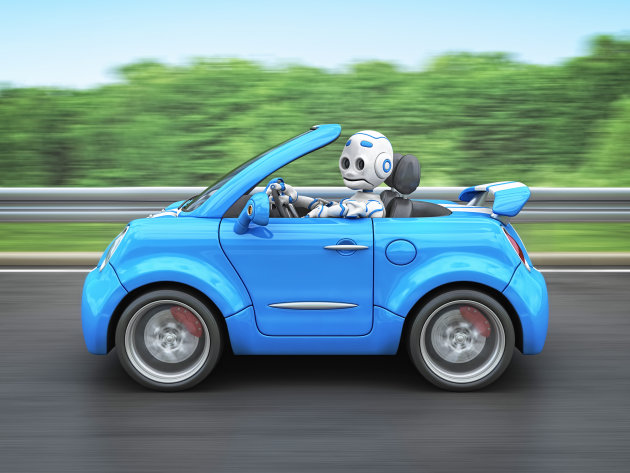 The North American International Auto Show, was home to revolutionary announcement; $4 Billion will be allocated specifically into autonomous auto programs. The Bill was proposed by the United States Transportation Secretary Anthony Foxx, on a stage accompanied by representatives from Google, Ford, and Delphi. Thus far, it is only a proposal, there are no reports of support from either side of the law making fence; however, it does suggest forward thinking autonomous auto policy implementation. As the law stands today, the full integration of self driving cars has been delayed. The state of California has mandated that every vehicle on the road, must have a licensed driver behind the mandatory (in case of emergency) steering wheel. Ostensibly, that just makes sense, cars need drivers, and people have an amazing track record with driving. But the way we train drivers is woeful at best, and people are the worst when they feel autonomous in their auto. Driving is a little like reading Youtube comments; because people feel invincible and important in their rolling metal death machines (as they do in cyberspace), and are emboldened to pursue a more reckless avenue. In a Youtube comment section, that might mean: having a total stranger with a slightly different opinion; compare you to Hitler, in a car it means cutting a guy off because you are more important than the heathens behind you. That is the problem, people are irrational by nature, emotions are as much as an impairment as being drowsy behind the wheel. People being angry, rushed, and self-entitled are what causes traffic and accidents, not Google and their ridiculously slow pod car. Though driving faster would alleviate some of the tension experienced after getting stuck behind what is essentially a wide bicycle if it can only drive 25 miles an hour (not that there is anything wrong with that). The way we train drivers is not too confidence constructing either. We let parents train their kids for six months (via the honor system), then after passing a written exam, and a short drive devoid of destruction; he or she is officially a part of your daily commute. What if the parents are terrible drivers? That system is so inept that when George Hotz taught his Acura (Hackermobile) to drive the exact same way, everyone freaked out like he named his company SKY.net. However, the Hackermobile would be more qualified to drive on the contingent that is an adequate way to teach. Because Acuras, do not experience anger or jealousy, nor would an autonomous auto cut you off or run a red light because it was texting. Google was particularly opposed to the new laws. Partly because their pods are designed without a steering wheel, but mostly because they want to assume culpability in the case of an accident. I have no evidence to back this up, but I assume Google wants responsibility in the case of an accident because, while their snail cars have racked up an inordinate amount of accidents, the company was never at fault. So, Google could feasibly charge consumers an extra fee to insure the product, while paying minimal amounts on the off chance they are at fault. It also makes the most sense. In entirely autonomous auto, the only person who has any say in the outcome of an accident is the developer. I suspect the other reason behind California’s inclusion of a licensed driver is a fear of losing jobs. Travis Kalanick has already stated, that the day self driving cars are made legal, Uber will go entirely driverless. That might make a human chauffeuring obsolete, but behind every robo-car, there is a coder, an engineer, quality control, and a slew of governmental inspectors (I hope) and if all goes to plan, we will need many more very soon when Autonomous autos hit the streets.