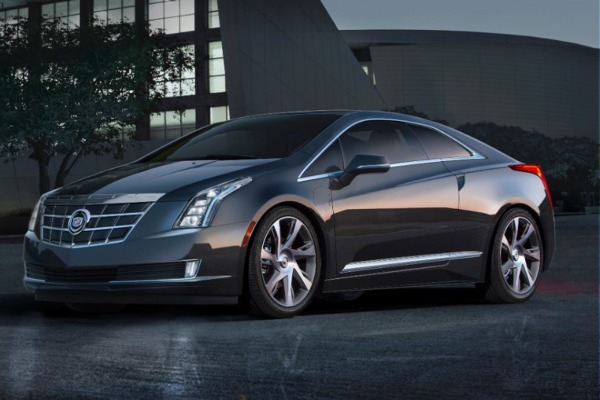 Once upon a time, General Motors’s luxury brand was immediately associated with world class luxury, a common adage was, if a product was the best of its kind it was the Cadillac of that segment (i.e. the Nest is the [GM-owned-Detroit-based-luxury-automaker] of thermostats). However, today the now New York based luxury auto maker is not even the Nest of its own luxury auto league. In response; the automaker is resorting to ridiculousness to revive the brand and recall the conception that Cadillac cannot compete in this day and age. To the notion’s credit, both the CTS and ATS are in a sales freefall. All their competitors are jetting past the once outstanding specimens. Dealers are begging company executives to drop the prices and offer incentives so they can compete with their German counterparts, but Johan de Nysschen will not have it. He says that dropping prices will cheapen the brand (which is the idea no?). Not for nothing, but plummeting stock prices cheapen a brand not dropping the sales prices. And yes, GM stock is soaring, but that is in spite of stale Cadillac sales, not due to. Undercutting competitors is how number one luxury automaker; Lexus; overcame ardent adversaries. Despite a sizeable lag behind most other luxury auto brands, it is not all bad news for the 103 year old auto manufacturer. They are slowly climbing the luxury ladder back into prominence. In fact, two of their vehicles are among the best in their class. One of which; the SRX; is the 5th highest selling luxury auto in the US. Notwithstanding those numbers, the SRX will soon go the way of the Dodo. In the crossover’s place will be a never before seen model; the XT5. Cadillac is recalling all the stops and inching towards ridiculous land in order to promote the new crossover they believe will revive their brand. For those that were not in Chelsea last night, the XT5 was the first bit of cargo to fly over Manhattan in 15 years. Public School fashion house; which has aligned itself with the automaker; was throwing a party as part of Fashion Week, when a military grade helicopter crashed the party… well, maybe not crashed, but momentarily hovered over. The outrageous act has been heralded as the publicity stunt of the year, hopefully it boosts crashing sales. The XT5 is not the only new model Cadillac has in the pipeline, it has eight new models that are supposed to debut by 2020. However, most of those are an eternity away as far as dealers are concerned. Other than; the CT6 (which will be reaching dealers this year), the XT5 (whose sales start in Spring), and the absurd Escalade V which will officially debut in its new home at next year’s New York International Auto Show; all the other models will premiere post 2017. The CT6 is intended to redefine Nysschen era Cadillac. And to be honest, it is off to a stunning start. The CT6 boasts some absolutely stupendous statistics; scilicet, the weight, which is about that of the CTS and less than a 5-series both of which are substantially smaller vehicles. Beyond the wondrous weight loss, it seems the CT6 will fare fiercely on the track, while matching competitors in the comfort category. Amidst the ridiculous efforts in the name of brand revival, Cadillac is having some internal issues with recalls. The ATS alone has had four recalls announced in its under four year run. The most recent involves the car’s rear defogger. Its continuous use could lead to the system overheating and causing fires. Thus far, four fires are attributable to said oversight, though there have been no accidents or injuries. 121,000 ATS made since 2013 will be recalled, but only 1 percent are at risk.