Changes to the Honda Civic 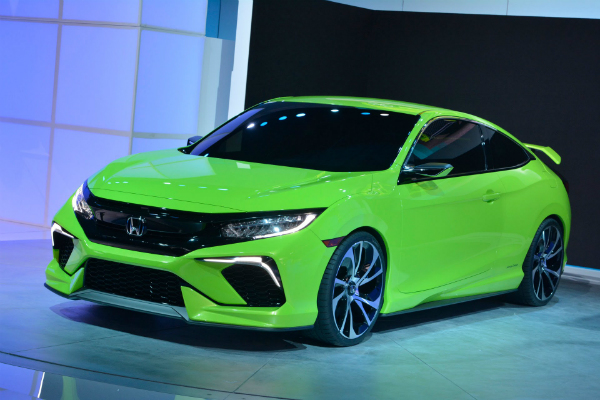 Traditionally, Honda Civics are known for versatility. In the 90s the goal may have been decking one out to the max, until it either pushed out 600 horsepower, or fell to pieces. In the new millennium, it meant that you could put anything into the tank to serve your function. You could use CNG, Diesel, hybrid technology, pure adrenaline or plain gasoline to propel the engine. Most of those changes to a Base Honda Civic will no longer be an option for Tenth Generation drivers. American 9th Generation drivers can complain that Europe gets the new Type R first, that being the model which historically runs on Compressed Natural Adrenaline. This will be the fastest Type R ever made, even faster than Honda’s (or Acura’s) last super(ish)car, the NSX-R. The Fourth Generation Type R made it around the Nürburgring in Front Wheel Drive record holding 7:50.63. On the topic of NSX, those that have been closely following the Second Gen press releases, have likely heard of the new Earth Dreams engine line. Honda says they are more efficient than a dream, and that they will make the automaker the leader of efficiency in every category. The Type R has over 300HP and almost as many torques coming from the Type R’s brand new engine. The 9th generation Si, that I recently drove, I thought was damaged by the styling department. The Type R is increasing the auspiciousness, but I can deal with it. The outrageous bodykit complete with built-in front splitter doesn’t truly bother me, nor do the big flared wheel arches covering the Civic’s big black rims. The Spoiler is modestly bothersome, but it is saved by the fact that it is useful on a 167 MPH red badged Civic. The Type R class is Honda's pride and joy, only cars that are deemed street legal race cars get the coveted red badge. This model will only come in a 6 speed manual, and features a +R button which makes the car go full mustard, because this car is made for true drivers only. Europe will be able to get their hands on their pre-ordered super Civics within the next few months. However, those who didn’t make the preorder list are out of luck, as they sold out rather rapidly. Australia will be getting the Type R as possibly a 2016 or 17 model, same with the US. In America the big change for 2016 is the transition to the tenth generation Honda Civic, coming later this year. The most prominent amendments are the most shocking. Honda is removing ambidexterity of fuels. The 2016 will no longer feature a Hybrid in the Civic family. Honda claims that sales did not validate the extra money and effort necessary to build them. I personally thought the Civic Hybrid was the best Hybrid that you could buy (...unless you're loaded (see Ferrari LaFerrari, McLaren P1, and Porsche 918)). The problem with other affordable Hybrids is that they typically look like Hybrids. Neither the Volt nor the Prius will be winning any aesthetically inspired awards anytime soon. The good news for Hybrid Civic lovers is that Phillip Crossman, Managing Director at Honda UK, implied that the small Honda would ride again soon enough. He said that they would return with Hybrid powertrain as innovative as the VTEC. That is a tall order, the VTEC inspired scores of Hondas for 25 plus years now, so that is an exciting prospect. Maybe it has something to do with their dedication to dedicated fuel cells. Unfortunately, the CNG model did not have any similar news. The Executive Vice President of American Honda, John Mendel, basically said that the aren’t planning on to pursue it anytime soon with CNG reaching Gasoline prices. He also said the refueling infrastructure isn’t there, which is lamentable, because I think CNG is poised to revolutionize refueling with home units. As far as detail oriented specs go, not many have been released. Other than the concept version, even the body is still being kept under wraps (literally). Regardless, after touting 40 plus MPG for the 10th iteration of the Civic, any of Honda’s other changes seem to be superfluous.