Chevrolet Cruze: One Last Look at 2015 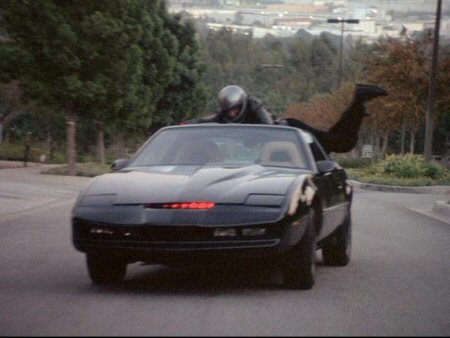 The Chevrolet Cruze is Chevy’s answer to the Civic and/or the Corolla. A small entry level car that can do anything a car has to. It is cheap, reliable, and relatively gas-efficient. It is not marked at the top of its class, but that does not make it any less of an option, it is still a great looking car. The 2015 Chevrolet Cruze, will take one last lap with the old body, before their new look arrives at some point after 2016. Apparently, this year the Chevy has gone on 2 directions. In China, they have a car made by and for Chinese workers, that looks nothing like the 2015 model everywhere else in the world. Their version is not quite as angular. In that sense, it looks more like the Cruze’s Japanese competition. The 2016 coming to the US seems to be identical to the Chinese version, at least from the front. The reason the Chinese model is special, is because it is built on a China specific platform. Chevy just made a few minor changes to the already solid sedan for the US model this year. These include optional upgrades such as; an update for Siri’s eyes free integration in iOS 6 and 7, a text message assist program that reads messages aloud to you, and 4G LTE WiFi hotspot (you pay GM for the data) that works with GM’s upcoming Appshop. It seems GM has bet all their money on the infotainment system market. Currently they have MyLink, that paired with OnStar is pretty solid in its own right. MyLink is just as good as the all the other ‘eh’ infotainment systems, and OnStar is the greatest anti-theft system on a car outside of Kitt, together they are pretty hard to beat. Add to that they are also working on their very own AppShop specifically for MyLink, and that is a pretty daunting package for competitors. On top of their own in-house infotainment systems they bought the rights for two more. Buyers of 2016 GM models, will have the option to choose between Android Auto and Apple CarPlay. One reason they went with both instead of going exclusive with one or the other for more money, could be to take the good qualities of both systems and integrate them with their own MyLink System, without having to pay licensing fees for Bluetooth connection or smartphone navigation integration. Even if that long-shot is true, by 2016 every major phone operating system will be accommodated by GM. Before GM closes page one of the Chevrolet Cruze’s history book, I decided to take a look at the best (and last) model the first generation had to offer, 2015. The first generation is available with both a gas and a diesel model. I like the effort, but the diesel is not a real option. The choice between the Eco manual and a the diesel is not a fair comparison. The Eco manual has a marginally higher city rating and a moderately lower EPA highway mileage, but with gas so much cheaper, and the Eco manual starting at 6000 less, passing on the diesel is a no brainer. The trim levels vary greatly, but the higher 2LT, LTZ, and diesel only come in an automatic. The model I drove was the Eco manual. I love the idea of a faster car that gets higher mileage, and the eco manual is exactly that. The Cruze Eco gets a turbo that doesn’t increase the Horsepower, but adds much needed torque to the equation. The result is a car whose first gear is rather excitable, so keeping it there is a tempting option, because the mid-range power is not as commendable. After the first gear the power winds down, but that is much preferable than the opposite, which was my issue with the Si. Overall the ride is average, smooth over bumps, solid steering wheel and feels comfortable at speed. This might be the last year for the first generation Cruze, but I think it has been the best year. Next year, it’ll be decked out with all new gadgets and conveniences of modern living, some of which are genius. I particularly like the wireless charging pad with a AC to prevent overheating, but I will miss this model, it is a much more handsome car. Take one last look at the 2015 Chevrolet Cruze, it may not be the best car for the price, but it could be the best looking.