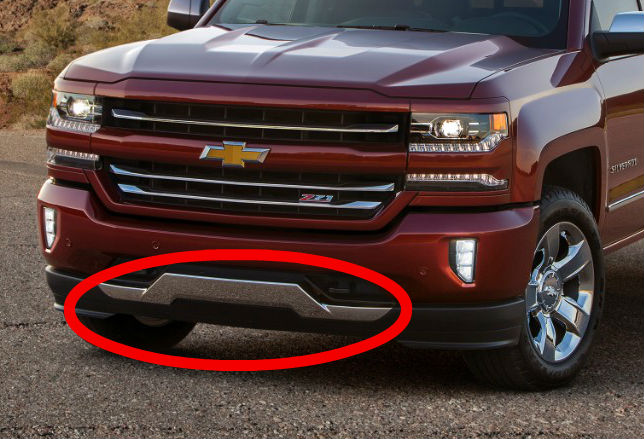 Truck sales are normalizing by US standards (up by five percent), and leading the charge is the Chevrolet Silverado’s 15 percent vault. Ford recently revamped their flagship F-150. It now features aluminum paneling among other changes. Despite the technical superiority of the new model, sales of the F-series have dropped by almost two and a half percent. It seems that the Chevrolet Silverado plans on closing the gap between itself and its rival with the latest overhaul. Redesigns are not uncommon in general purpose passenger cars, but specialized use cars typically have longer life spans. Trucks fall into the latter category. They along with SUVs are famous for keeping their appearance for even up to decades. Consider how long the Range Rover lasted without a face-lift. Let’s say Dr. Evil was cryogenically frozen one year later, that would mean he was frozen the year Range Rover first debuted in 1970. When he came back from space after the turn of the millennia… The only thing that would have changed on the Range Rover are the headlights, which went from circles to rectangles. Much the same can be said about the Chevrolet’s old full-sized truck (which for all intents and purposes, is just a Silverado by another name); the third and fourth generations lasted 18 and 14 years respectively. The fourth generation is made more impressive by the fact that the Chevy’s mainstream truck shared its aesthetics with its whole family; its brother the GMC Sierra, Chevy Tahoe, and GMC Yukon. In fact, every GM truck had an identical SUV cousin until 2003. On the other side of the coin, the F-series enjoyed a refresher every couple of years. The longest it went without a remodel was 6 years. As the F-150 is the second highest selling automobile of all time, with 35 million models sold; I suppose sales supplement the changes. This time around, Chevrolet is stealing a page from Ford’s playbook. The Silverado’s most recent face-lift comes only 2 years after the previous one. The changes I suspect are mostly to keep up with their modern image. Ever since the 5th generation Chevrolet Camaro’s success, Chevy has taken to futuristic designs (see its space age dash, Chevys: Volt and Bolt). Now conforming to that style, is the Silverado. The visual differences are marginal; unless you consider the loss of Chevy’s stacked lights monumental. And it should be mentioned, some people might. The stacked lights have been around in some form since 1973. They predate the distinctions between GM’s full-sized lineup. But, more so than anything else, the face-lift removed shiny elements. Beyond the replacing the second headlight with squinting mascara lights, the Silverado’s grille went from Paul Wall’s, to George Foreman’s. Typically, the Silverado’s sports a glittering grille. The bow-tie is suspended by a chrome band splitting the grille in half, with more chrome bordering the lights and grille. Lastly, the whole bumper is blinged out on the 2015 models. The 2016 face is actually mostly the same color as the rest of the truck now. The only glitzy places left are: a small, almost Iron-Man-esque shimmering beard below the bumper, and horizontal pinstripe lines of chrome within the grille. The hood and fog-lights are also sculpted differently, but most of the changes have been convenience based. The 8-speed-auto is now available across all trim levels, and they are introducing their new infotainment systems. Chevrolet is betting heavily on their newly acquired infotainment systems; Android Auto and Apple CarPlay. With those, and their own universal system, Chevrolet is gearing up for full scale war against Ford, who's SYNC system is essentially sinful. The last generation Camaro outsold the Mustang for the first time ever. Now their latest generation muscle car and full-sized truck are shooting straight at Ford. The latter has had double digit percentage sales increases for a while now, in spite of Ford’s aluminum paneling. Last month (June 2015) full-sized truck sales dropped for Ford by 9 percent. While GM’s bow-tie doubled that number (and then some) in increases; they are now within 3600 in total sales. If the trend continues for this generation, and/or the overhaul improves sales numbers, Chevrolet’s Silverado might outsell the F-series for the first time ever.