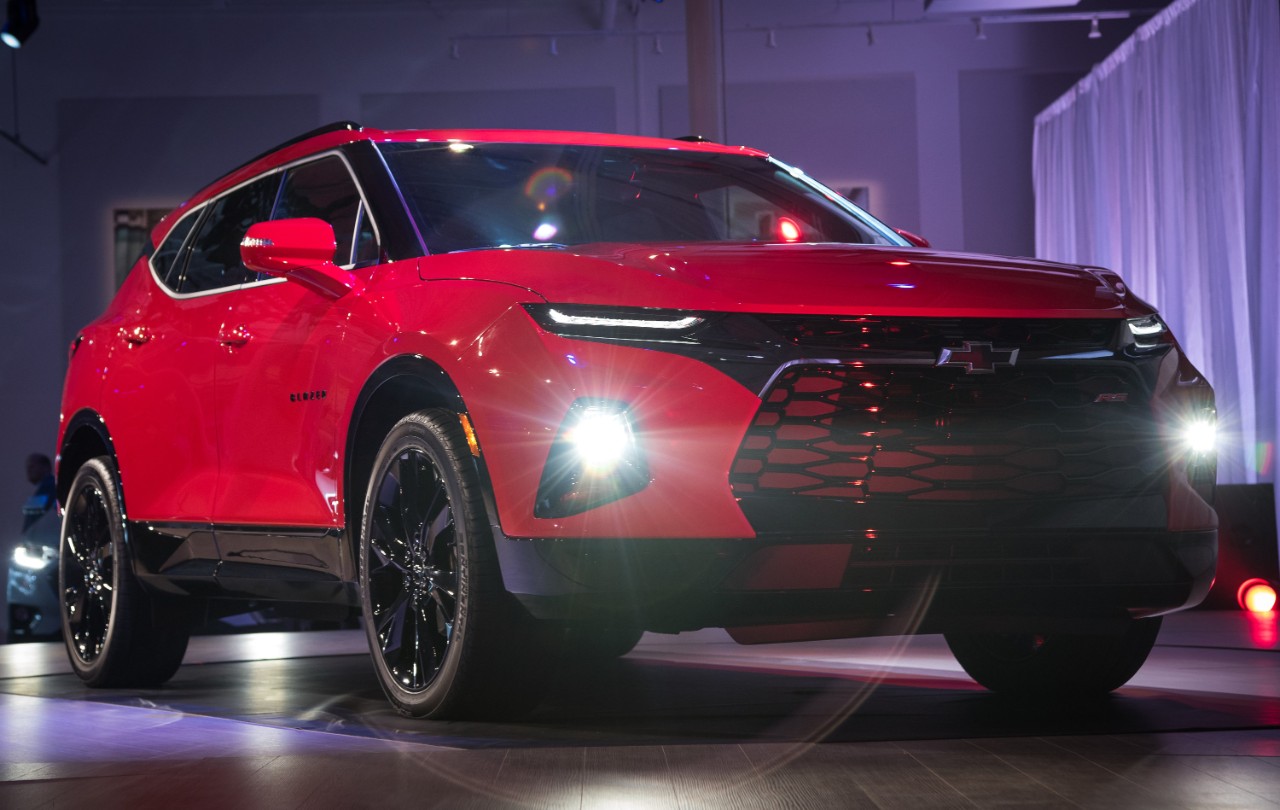 Chevrolet has been weighing its options in the SUV market and has decided to bring out a new SUV with an old name, the Chevy Blazer. Jumping back into the two-row midsize SUV category with the 2019 Blazer, Chevy is clearly looking to snag a few car buyers from Jeep and Ford.

Aggressive looking and comfortably sized, the 2019 Chevy Blazer is sure to turn heads. Like the carmaker’s other vehicles, the Blazer will feature a quiet interior, one that has an 8-inch touchscreen display located in the center of the dashboard. While Chevy has yet to release details regarding the vehicle model’s trim levels, the carmaker is likely to offer cloth seats in the standard model and leather upholstery in the RS and Premier ones.

In addition to a quiet ride, the Blazer will come with Android Auto and Apple CarPlay as well as a 4G Wi-Fi hot spot. It will have Chevy’s Hitch Guidance as an available option, which guides drivers who need to hook up a hitch. The Blazer will also come with several USB ports and wireless charging stations. Other convenience features include adaptive cruise control, a rear camera and a hands-free power liftgate in addition to heated outboard rear seats.

When it comes to the powertrain, Chevy has stated that the SUV’s base engine will be a 2.5-liter inline-four that delivers 193 horsepower. For those who want a little more power under the hood, a V6 3.6-liter engine will be available, one that can tow about 4,500 pounds. Front-wheel drive will be the vehicle’s standard driving mode while all-wheel drive is an optional upgrade. To give the SUV better handling and traction, it will come with a twin-clutch rear differential. This technology moves torque between the rear wheels. The carmaker will be offering the Blazer with standard 18-inch wheels, but car buyers can upgrade the SUV to include 21-inches wheels and tires.

Chevy hasn’t released specific dimensions in the category of cargo space when the rear seats are being used, but with them folded, the SUV offers 64.2 cubic feet of room. This figure is pretty good in the segment, but it’s not as spacious as most of the market’s three-row SUVs.

Since the 2019 Chevy Blazer has just been announced, the carmaker has yet to confirm the vehicle’s safety features. But, the Chevy Traverse has safety equipment like forward collision alert, a lane departure warning system and a blind spot monitoring system in addition to a surround-view camera. These features will likely be available with the Blazer.

In redesigning the Chevy Blazer, the carmaker is bringing out a vehicle that is sure to appeal to those who prefer new car styling as well as to car buyers who tend to wax nostalgic. Flexible with cutting-edge styling, the 2019 Chevy Blazer is ready to challenge the competition.