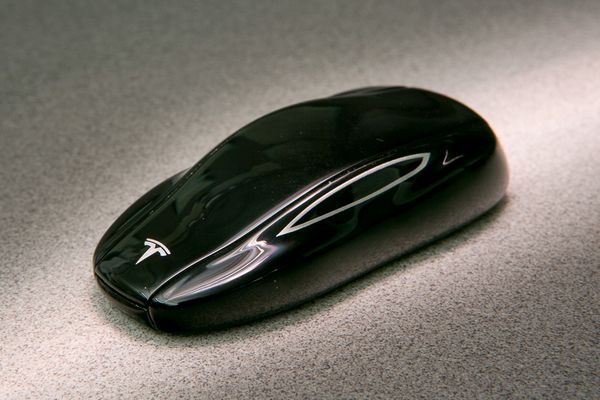 After the launch of the Model S, Elon Musk has taken his time before releasing the second model for a new post roadster Tesla. As soon as it was announced, some people started speculating; saying that he was going to cannibalize his own business. They claimed, a new model will only deter potential buyers of the S over to the III/X side, and the minimum of millions that has to be spent researching and developing a new model would be lost. The future seems quite promising for Tesla, but that does not mean it is above concerns. All the neigh-sayers might not be wrong about the Model X, there are disconcerting details surrounding the premium SUV. I understand that the X has lower margins. So any person that chooses the X over the S will actually lose money for for the electric automaker. With the amount of storage space, and room for 5 and 2 half people; there is not much more the X can offer that the S can’t. In fact, with the X’s gull-wing doors; the Model S might have more luggage capacity if roof racks are factored in. Not to mention, some buyers may have been turned away by the 2 years of delay and I assume the price will be a similar price similar for both S and X models. The Model III is supposed to be worth its weight in gold for Tesla, and worth the wait in silver for the customers. Theoretically, the profit on each Model III will start at 35,000 for the company, and the price for the consumer starts at 27,500, due to the $7500 tax credit. I say theoretically because, most of the work for the Model III has been taken care of with the improved batteries, only the body and frame (which are 20 percent smaller) need to be made. But what also needs to be considered is the fact that the Model III will probably not be as cheap as slated. One must consider the fact that the Model S despite starting at 75,000 for the 70D, is actually bought for about 100,000 on average. If the same is true for the Model III it might be more common to see a 40,000 post tax credit price tag. If this is true, the future of Tesla Motors isn’t for all; it is for some that aren’t concerned with gadgets and gizmos and for more that are moderately well off already. The same unease was voiced when Musk dropped the base level Model S 60, and replaced it with the 70D. Andrew Fung (who was vocal about the X too) stated that upgrading the 60 would make the 85D less appealing. Thus far he is wrong, the stock has kept shooting towards a new peak, and the 85s are still pulling most of the sleigh. I will not say the company is above scrutiny, last year they had a huge drop in value due to a poor infrastructure in China, delivery delays, and the company is still shelling money out in the 100s of millions. Despite that, without advertising, the Model S sells as much as the Porsche Panamera, the Lexus LS and the Audi A8 combined. They also have scores of people paid $5000 to get in line to buy cars that have not even been finished yet. The future for Tesla Motors is not guaranteed, but most of the concern is unfounded; coming from a demographic scared of the change represents (further drops in gas/oil prices).