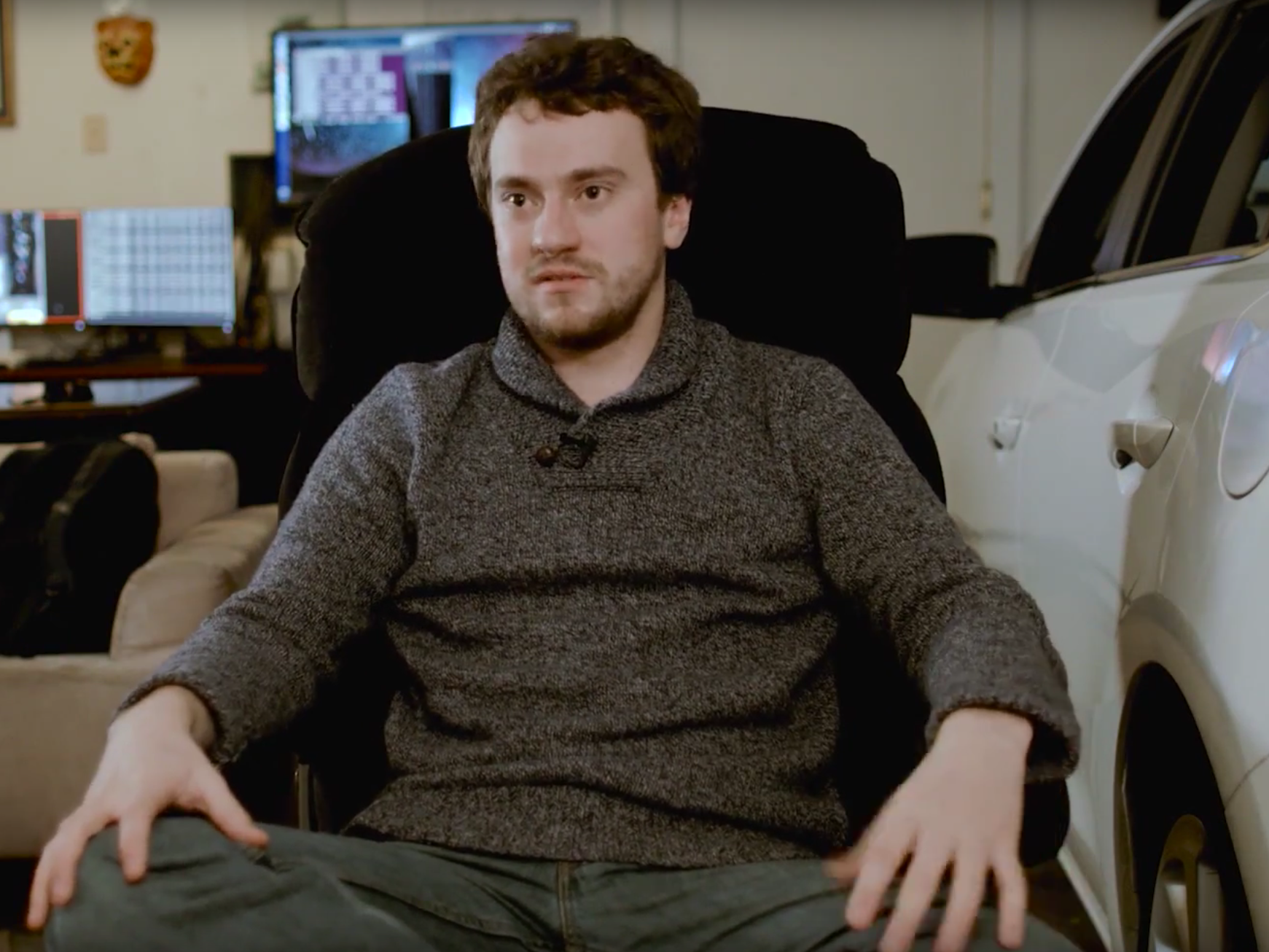 By now, Elon Musk is a household name. Tesla Motors and SpaceX are such prominent entities, that it would be harder to avoid the constant stream of news originating from them than not know what they are. Musk is so famous, that the Hackermobile (coining credit pending) built by George Hotz has become well known through its documented (figurative) punching the embodiment of Musk’s Ego right in the face, by literally driving a defiancemobile (or hackermobile). For those that may not be entirely informed on the issue at hand: George Hotz (Alias: geohot) is a world famous Hacker. When he was 17, he hacked the original iPhone… less than two months after its release. He and 4 other people around the world spent 500 hours to make the iPhone accessible to Global System for Mobile Telecommunications (GSM) carriers other than AT&T who at the time was the sole provider. He then attained notoriety as the one of people sued by Sony for hacking the PlayStation 3. After that, he spent years sporadically: going to school, working for big name and/or startup tech companies, while still finding time to win awards and/or money for hacking famous systems. Now Hotz made news with his new endeavor. His company comma.ai (but mostly: geohot) has made a semi-autonomous car… in less than a few months. The undertaking is detailed in a recent Bloomberg Business article released December 16th. The Hackermobile, drove Elon Musk’s ego past perturbed, through to the breaking point. Musk was so bothered by what he felt was the belittling of his accomplishments, that he posted a correction on Tesla Motors’ blog. The Hackermobile is rather fascinating in its relative simplicity and value. With $50,000 and a few months time, George Hotz has made a functionally semi-autonomous automobile. Noteworthy, is the fact that the car used (an Acura ILX) was 30 of the $50,000 by itself. About a decade ago, when the Defense Advanced Research Project Agency (DARPA) held competitions for the development of autonomous auto technology; that same feat would have cost millions of dollars, and hundreds of man hours. However, now the technology necessary has greatly devalued and improved. Hotz says the now inexpensive Artificial Intelligence software and plentiful cameras (not even professional grade) are all it takes for an adept tinkerer to create self-driving software for any car. Currently, most automakers and tech giants participating in the Autonomous Auto Race buy and use hardware from many sources, but a key component is a custom chip provided by an Israeli company called Mobileye. Hotz claims that Mobileye is woefully out of touch and behind the times. He plans to publicly surpass their efforts with prosaic electronic parts available off the shelf. There are only three documented drives, thus far. The inaugural (or at least first chronicled) drive was devoid of disaster, though not flawless. Interestingly, each subsequent drive was exponentially better. This was due to a unique approach applied by Hotz. Instead of spending all of his time teaching the software by coding (tedious) specific ‘if’ statements, Hotz relies (depends) on ‘deep-learning.’ This advancement allows him to show the software how to drive as opposed to program it to. In other words, Hotz is teaching the car to drive the way one would a teenager, slowly sculpting better habits into it. In return, the car has reduced redundancies (20,000 line of code as opposed to 100s of 1000s) and is learning to adapt by mimicking and predicting human behavior on the road. Hotz claims that he will sell his kit for about $1,000. He is still unsure whether that thousand will be doled out to automakers on the backend, or directly to consumers from his very own dealership. If all goes to his plan, the Hackermobile will be driving further through Elon Musk’s ego right around February.