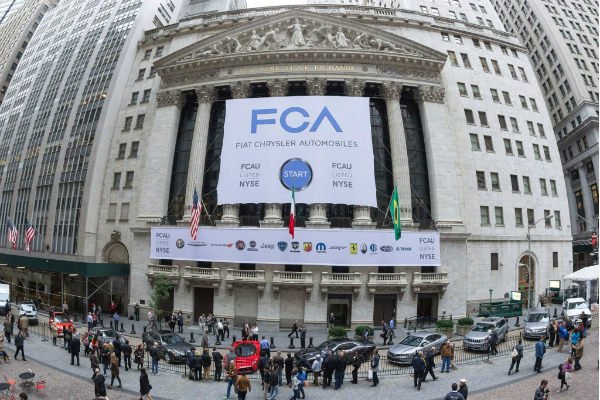 Fiat Chrysler Automobiles has been an unprecedented success considering all the hardship the auto group has had to overcome. Just the fact that the company still exists is an admirable feat in it of itself. Both Fiat and Chrysler were circling the drain not long ago. Sergio Marchionne somehow found a way to save all the companies in the Fiat Chrysler Automobiles family, and present them with passably promising prospects. Despite the fact that the auto group is struggling to keep up with their competitors in terms of quality and quantity, they are by no means out for the count. On an objective internal scale, the company has improved in every way, even without the capital to throw money at any and every problem presented… which have been numerous. I genuinely believe that the company’s success is entirely due to a world renowned sense of Italian style paired with an american… x-factor? Every car released under the Chrysler LLC brand, after Marchionne’s entrance into the company has been in a whole new echelon aesthetically than the previous generations. On the Italian company’s end, Fiat proved stylistic homages to previous models, are ludicrously lucrative, by reintroducing its most famous model the 500. On that note, many companies have further proven the atavism efficacy: Mini, Ferrari (California), Volkswagen (Beetle), and Ford (Mustang (and the GT40 to a lesser degree)) being other notable examples. Furthermore, Ford is losing money every second it does not monetize the AC Cobra heritage, and I don’t mean those 50 limited edition Shelby Cobras. Even Cobra Kit cars can collect a killing in cash, one actually made by Ford would redefine the contemporary roadster category. Straying spurtive speculation aside, Fiat Chrysler Automobiles does not have a guaranteed future yet, they have more problems the promises at the moment. Every authoritative appraisal of FCA products, has pointed to poor build quality, low gas mileage and outdated products and production. It is to be expected from a company with less revenue than rivals. What is worse, their minimal margins in turn impede internal improvements. Not only has the company been condemned by critics, the National Government has reprimanded the auto group. FCA set a new recall record amassing 23 recalls in a single year. Because of this, they were fined by the National Highway Traffic Safety Administration (NHTSA), and are now supervised by the same administration. Still in spite of resplendent recalls, the company is still posting positive sales figures. Their sales  seem utterly impervious to negative press, they have broken 200,000 deliveries in two separate months this year. Even their recent public hack has hardly affected sales figures. The only looming issue they have now are negotiations with the United Auto Workers Union (UAW). As long as Fiat Chrysler Automobiles can stay solvent for this rough patch, they should have a righteous revival in the future. They have a long list of pending updates for existing models, and a few featured firsts. Most anticipated are: Charger and Wrangler generational changes, the introduction of a plug-in Hybrid minivan, and three new SUV options in varying sizes.