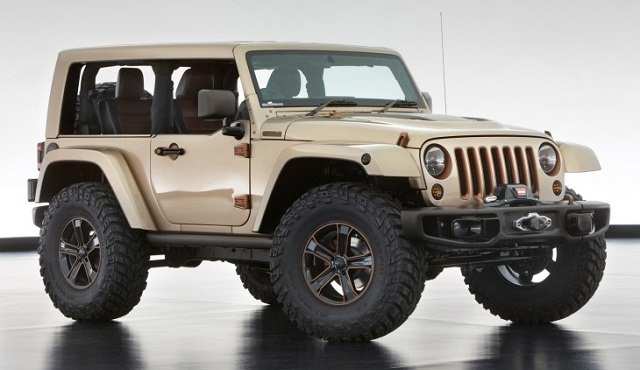 Fiat Chrysler Automobiles (better known as FCA) released its updated North American business plan, and to be sure they provided some tasty morsels for auto fans to chew over. The FCA plan, which extends to the end of 2020, can be summarized thusly: make fewer small cars in favor of more Jeeps and trucks. On the surface, these don’t sound like bad ideas at all. In fact, they more or less accurately reflect auto market trends as they stand in 2016. But FCA’s strategy to expand its pickup and SUV production is predicated on the premise that low gas prices are the new normal. So does FCA have some crystal ball that the rest of us don’t, or are they crazier than an outhouse rat? Before we seek to answer that question, let’s delve a bit further into FCA’s vehicle-manufacturing plans. For 2016, FCA will limit its Alfa Romeo line to the 2017 Giulia, which is set for release this March, and an unnamed midsize SUV model. As mentioned earlier, FCA plans on emphasizing Jeep and Ram production—in particular, the Jeep Wrangler Diesel (pictured) is set for a 2017 release date. There’s also been speculation that the Ram pickup may transition into a “mild hybrid” in 2017. As for the rest of the decade, the FCA production schedule includes a full size sedan, two CUVs/SUVs, two specialty vehicles and a hatchback. The FCA Jeep sales plan is two pronged: one, increase global Jeep sales to two million by 2018 (Jeep hit the 1.2 million mark in 2015, a new record) and two, increase investment in North and South America, as well as Asia. This plan to increase Jeep production is predicated on gas prices staying at their current low levels. Although I understand their optimism, FCA’s gamble on gas prices staying at their current low levels is at best an unrealistic one. The nationwide average for regular grade gas currently sits at about $1.80 per gallon, which represents the lowest price level for gas since early 2009. Gas prices have been on a steady decline since last October, corresponding with dropping crude oil prices and a sharp increase in oil production. Those prices are expected to drop even further throughout the winter, which is impressive given the typical high demand for fuel during the coldest months of the year. With all that said, it seems unlikely that those trends hold steady over the long term, particularly once the weather gets warmer. The FCA sales plan depends on gas prices remaining cheap while demand for pickups and SUVs increases. The only flaw in that plan is that it relies on accurately forecasting the tastes of the American consumer, not to mention human affairs more generally—both of which are notoriously fickle. Who knows what will happen in national and world affairs that may potentially impact gas prices going forward? As FCA increases its hybrid and diesel vehicle output, it’ll also phase out certain compact models. In particular, the Dodge Dart and Chrysler 200 will likely be discontinued unless FCA can find automotive partners to help make them. Given FCA CEO Sergio Marchionne’s love of entering into mergers with other automakers, this possibility can’t completely be ruled out, but it seems likely that we’ll soon be saying goodbye to two models that ultimately failed to live up to expectations. The strategy regarding the Chrysler 200 seems a bit shortsighted, given that the model debuted just a year ago. On the other hand, you have to admire an executive willing to admit fault and cut his losses while he can. To hear Marchionne tell it—in his characteristically blunt fashion—the 200 was deeply flawed from the start. “The Hyundai which we copied [presumably the Sonata] has the same problem,” Marchionne told Automotive News. “We didn't copy the car, we copied the entry point to the rear seat. Dummies. I acknowledge it. Some people from design left some of their private parts on the table after we came up with that determination. But I think we're learning from this process.” FCA’s bet on the Dodge Dart also seems ill conceived in retrospect. Despite being one of the larger compact models out on the market, the Dart was swimming upstream against customer demand for larger vehicles. Dealerships only sold 87,000 Darts in 2015, which is a pretty poor return on investment. Marchionne and company seemed to have belatedly figured that out, which is why they’ve shifted their emphasis toward pickups and SUVs. “There has been, in our view, a permanent shift toward (utility vehicles) and pickup trucks,” Marchionne told The Detroit News. “So one of the things that we’ve decided to do is to essentially de-focus, from a manufacturing standpoint in the U.S. … the passenger car market.” As always, we here at Auto Publishers will keep you appraised as to whether the FCA bet on low gas prices (and the resultant success of their new vehicles) pays off. Image Credit: 2017jeeps.com