The Borg-Like Fiat Chrysler Wants to Merge with YOU 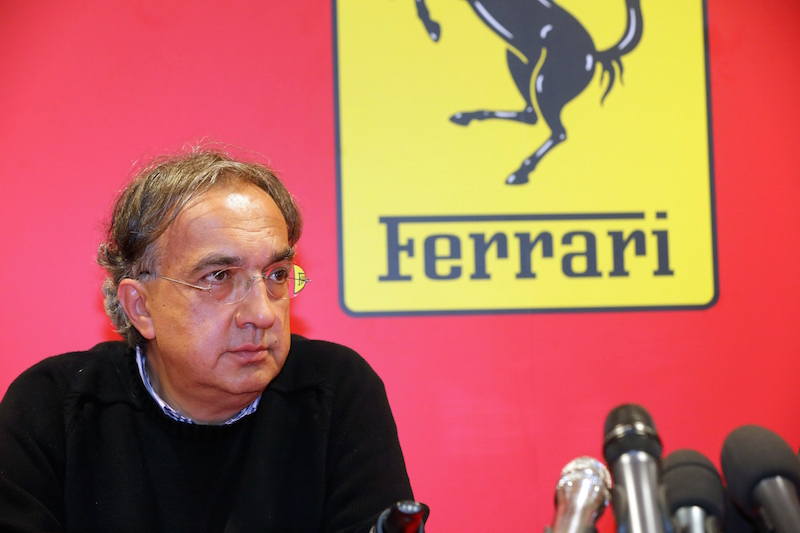 Say, did you hear the one about Fiat Chrysler CEO and black sweater aficionado Sergio Marchionne looking to merge with his company with another automaker? There’s no punchline to this joke, although we’ve had a few laughs over Marchionne’s merger attempts. For those of you who believe that repetition is a key element in comedy, Marchionne didn’t disappoint with his latest remarks. The outspoken Fiat Chyrsler CEO was present at the company’s initial public offering of its Ferrari brand. In an interview with Bloomberg, Marchionne sung the same tune regarding the financial needs of automakers to merge. “The analysis about the excess use of capital is still valid today,” he said. “Whether it is GM or some other solution going forward, it doesn’t really matter.” Marchionne also referenced the Volkswagen emissions scandal as a reason for more mergers, saying that the industry will “collectively pay the price” for VW’s misdeed in the form of rising emission regulation costs. For this reason, he argued once again for the practicality of automakers sharing development costs. To be sure, Marchionne isn’t wrong about increased scrutiny from emissions regulators driving up costs. However, his latest attempt to intimidate other automakers into playing ball with Fiat Chrysler loses effectiveness when you recall other instance in which he’s predicted the demise of the auto industry if it didn’t follow his prescription for long-term health. After a while, it’s hard not to think of Marchionne as the executive who cried wolf. The Fiat Chrysler head also addressed how tech companies like Google and Apple are revolutionizing the traditional, staid auto industry. “Whether it is the Google car [or] the Apple car, this notion we are seeing with autonomous driving and assisted driving is going to change the traditional nature of car making,” Marchionne said. Marchionne expressed certainty that Apple will produce a viable self-driving vehicle model. But in an instance of Marchionne being Marchionne, he also questioned whether Apple would be able to manufacture the vehicle itself: “They will rely on somebody. They have not approached us.” Of course he would say that because, after all, what’s a Marchionne interview without a blatant attempt to get a piece of another automaker’s action? Incidentally, Fiat Chrysler priced Ferrari at $52 per share, which was the top end of the range. Ferrari shares rose nearly 17 percent in its initial day of trading to finish at $55 per share. Fiat Chrysler previously announced that it would sell part of its shares in Ferrari by early 2016 in order to finance a merger with GM or another automaker. For the latest news in the automotive world, stay tuned to Auto Publishers!