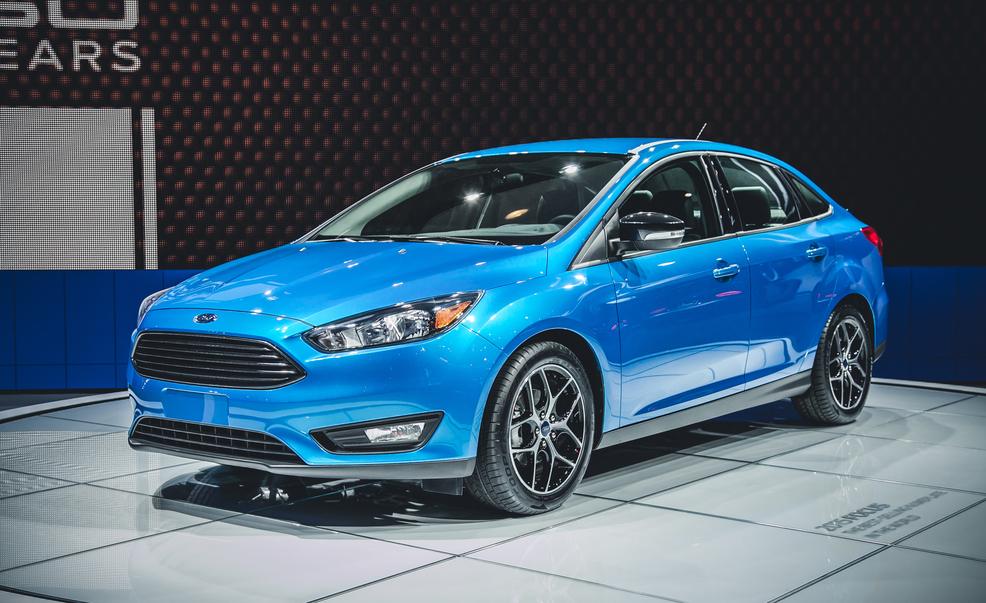 The Ford Focus is a phenomenal car. They are cheap, gas efficient, reliable and spacious. Despite a somewhat lingering distrust of of the blue oval, they are making only quality vehicles these days. In America, they may not be the best selling nor the most trusted options in their segments, but in Europe; their sedans and hatchbacks go fast (they receive RS treatment). Luckily, the US will be bestowed good news on that front; unfortunately, there is also bad news for Ford Focus fans to offset their gains. I have a bias, personally I have a penchant for manual variants, but that is because I am a proponent of downshifting into third and dropping the hammer on the turtle in the fast lane that does not appreciate his place in the highway (any lane other than the fast lane). Therein lies the Ford Focus's problem. For the engine to appropriately (promptly) respond to my input, it needs to be dropped a full two gears, because the gears are focused for fuel efficiency. Honestly, I prefer the transmission that way, because most the time I am enjoying my drive with no rush, and I am predisposed to pay less at the pump. But I will admit… sometimes I just want to drive fast. In my Jetta that means dropping to fourth, in the Focus it’s third... either way, I can solve the problem manually. Thankfully however, that issue is not only amendable with a stick shift, though the SelectShift (the transmission formerly known as PowerShift) does not come standard. SelectShift is actually a six speed semi automatic transmission; meaning that it is a manual transmission in which the clutch is tended to by electronic minions. So, the driver can either enjoy the luxury of having the car shift for them, or they can physically upshift and downshift at will. This concept brought forward by Ford, while not commonly used is not a new concept. It was first described decades ago; before Allison fully automatic transmissions took prevalence. People have a proclivity for the ‘smoother’ transitions of the Allison transmissions. American drivers just wanted to put their foot down and forget about it. Allison Transmissions did still have the problem most fully automatics do. It is convenient and smooth during “normal driving conditions,” but it does not know how to comport itself when one deviates from conformity. For example, if one was so inclined to put their foot down, the car thinks: oh, I have heard about one of these; this is a race, I am going to build RPMs until the limiter stops me. That is dandy if you were actually racing (which for most people is never), otherwise it is vulgar and uncouth (possibly even braggadocious). Even if your intent was actually to show off and leave those behind inhaling your emissions of awesome; it would be less effective without the ability to downshift. Ford was trying to address the problem, with their PowerShift semi automatic technology. Unfortunately, the PowerShift transmission was frightfully flawed, in that it shifted gears worse than an amateur manual driver would. Vehicles equipped with PowerShift rolled back on hills and had grinding gear changes. Some of the semi-auto autos would slip out of gear randomly, or worse still, jerk forward out of the control of their owners. In some cases, driver were caught so far off guard that collateral damage was doled out. Because of numerous complaints, there are many outstanding court cases against against the blue oval. In an effort to curb damage dealt to the brand, the company re-branded their semi-automatic transmission SelectShift. The problem had to do with the thrust bearing, once replaced the car is no longer dangerous. The SelectShift in the new Ford Focus not only has a functional thrust bearing, it has also received numerous updates to its shifting algorithm.