Ford Googles how to Drive 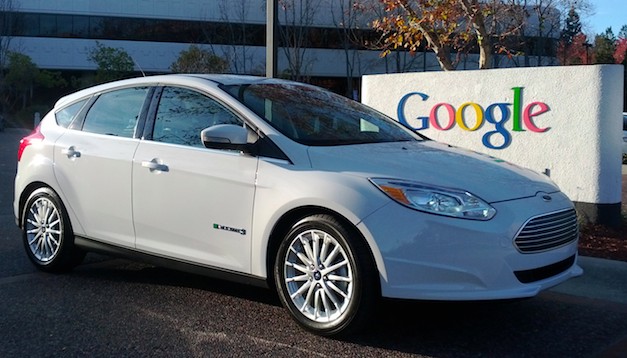 Recently, a high stakes coupling of Google and Ford Motor Company; had all those who knew an involved source, speculating as to what the particulars of the deal might be. All in all, all that was truly certain was that both companies’ partnership statuses on LinkedIn was on working on it with no official word. Now, both Google and Ford Motor Company have weirdsies as their current status. Despite there not being an official announcement of the partnership, some details have presented themselves as essential facts. First of which, is news of there being an open relationship. While Ford will not likely be sharing its goods with anyone else; Google is free to share its goods and autonomous technology with any other interested party while it is in limited supply. Granted, the tech giant is not the only game in town; as Nissan, Mercedes, Audi, GM, Uber and Tesla Motors all have their most brilliant toiling away at the problem. Unfortunately for them, they are years behind the company with a Mountain View and millions of unmanned miles logged. So, Google still has the clear advantage regardless. The only real potential disruptor is geohot’s hackermobile. If using deep learning technology to Turbocharge autonomous research proves fruitful, all involved parties will have lost a lot of money and time just trying to keep up. However, it is unlikely that George Hotz’s Comma.ai could beat Google’s Deep Learning acumen, and much less its clout in Congress. As Elon Musk was keen on pointing out, 99.9999 percent accuracy is what is necessary for the entirely Autonomous undertaking. It might actually be possible for Comma.ai to get to that percentage, but they will have a much higher cliff to climb when it comes to the burden of proof. Especially, when Google and even Tesla Motors have quite a headstart on the upstart with only one functional prototype and a few hours under the belt.. Ford Motor Company has left their mark on those fields as well. Their CEO Mark Fields has been adamant in autonomous automobiles being the future. Even ex-CEO and (and skeptic) has turned over to the autonomous side, he is now an acting board member at Google. Ford alone is quite close to autonomous success. They have been developing the technology for ten years now, and as of last year have Smart Mobility systems in place that can learn more about driving by gathering big-data analytics. Not to mention, the solid infrastructure the company has left itself for competitive ride sourcing. If the Partnership between Google and Ford Motor Company is all that it is cracked up to be, there could be a massive disrupt in transportation. A shift in infrastructure of this Magnitude has not been seen since the days of Dwight D. Eisenhower when we built the national highway system (thanks to the help of a 90 percent tax rate). Collectively, they might have everything necessary to make autonomous vehicles a reality. The only thing they are working on is sufficient experience and government support in the form of traffic laws.