Might the Ford Ranger Return to the U.S.? (UPDATED) 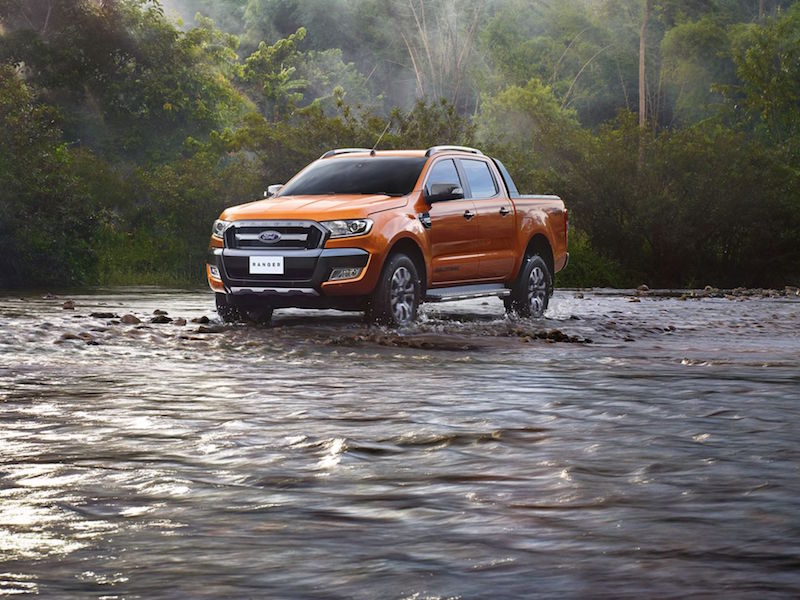 UPDATE: In addition to the Ford Ranger, it turns out that another long-lost Ford model, the Ford Bronco, may also be reappearing in U.S. dealerships. As with the Ranger, the Bronco would go into production in 2018 at the Michigan Assembly Plant. For three decades, the Ford Bronco was one of the more popular SUVs on the market before some unpleasantness involving an ex-football player made the brand somewhat infamous. Production of the Bronco in the U.S. ended in 1996. Despite the notoriety attached to the Bronco name, automotive analysts like John Wolkonowicz of Global Insight Inc. think it’s a good move to revive it. “It’s a good move,” Wolkonowicz said in an interview with Bloomberg. “Gen Y has discovered the original Bronco. Ford has seen what the Mustang can do for them, and they are bringing back their iconic names.” Auto Publishers will be sure to provide you with updates as this story develops.

Although it’s a very popular midsize truck model overseas, we haven’t seen a Ford Ranger around these parts (meaning in the United States) since it was discontinued in 2011. But that may soon change according to anonymous “little birdies” within Ford. Those birdies tweeted, or rather told, The Detroit News that Ford will assemble Ranger trucks at the company’s Michigan Assembly Plant in Wayne, MI beginning sometime in 2018. They also say that Ford is in talks with United Auto Workers to determine whether the Ranger would generate the profits necessary to support the plant’s nearly 4,500 workers, not to mention the company’s own bottom line. According to Ford sources, the UAW and Ford’s board of directors must mutually agree to work conditions before the Ranger will be produced at the Wayne plant. In bringing the Ranger back to the States, Ford is looking to add a reliable model to its developing midsize truck line that can compete with popular models like the Chevrolet Colorado and GMC Canyon. Experts say that a 2018 production date would enable Ford to update the Ranger with the latest safety and technology features, as well as give the company the time it needs to meet federally mandated fuel economy standards. The Ford Ranger would be a welcome addition to the Michigan Assembly Plant schedule, given that production of the Focus and C-Max will soon be outsourced to Mexico. Both models were low sellers for the bowtie brand, but the move to Mexico also represented a power play by Ford to pressure the UAW into making concessions on wages and trade. Currently, the Michigan Assembly Plant builds five Ford brands—the Focus, the Focus Electric, Focus ST, C-Max Hybrid and C-Max Energi. Karl Brauer, senior analyst for Kelley Blue Book, believes that producing the Ford Ranger in North America would be a huge boon for the Dearborn-based automaker. “There’s a real hunger for midsize trucks right now,” said Brauer. “Once upon a time, there were a lot of midsize trucks in this market. The ones that are available are cashing in on the demand.” Between the 1983 and 2012 model years, Ford produced three distinct models that went by the Ranger name. The last year a Ford Ranger was built in North America was in 2011 at the now-closed Twin Cities Assembly Plant. A flagging midsize pick up market, along with lack of innovation in pickup design and performance, was largely to blame for the Ford Ranger’s disappearance from U.S. auto plants. More recently, however, the Colorado and Canyon have led a resurgence in pickup truck sales. Ford Ranger models were first introduced to the international market in 1998 and been a steady seller overseas ever since. Earlier this month, Ford announced that new Ranger vehicles would be assembled in Nigeria starting in the fourth quarter of 2015. The announcement is part of its expansion into markets in the Middle East and Africa where the midsize truck is popular. Image Credit: Ford Motor Company