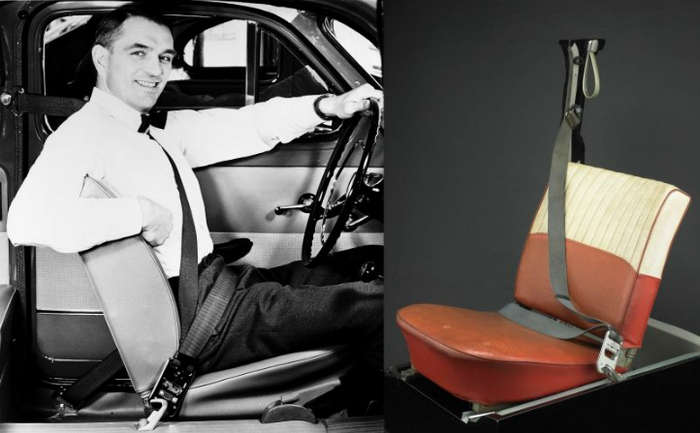 Automotive safety and government usually go hand in hand, because if it were up to automakers, there would be no general standard. If it were not for governmental mandates, I guarantee that inherent automotive safety would not be where it is now. However, that is not to say that it would be entirely absent, the average would just be much lower. The problem with laissez-faire economics, is that it is too optimistic. It assumes that all businesses and their owners will adhere to the strict moral (or safety) guidelines. Not prioritize profits, but the product and its impact on society instead. I am sure, some businesses would be run that way without any rules. However, with unrestricted capitalism, if only one competitor in the market decides that ethics and safety be damned, there would be no way to stop them from doing so. Thus, to stay competitive and avoid a monopoly, many would stoop to the lowest common denominator’s level, and pandora’s box would figuratively be opened. In the automotive industry, safety is positioned directly opposed to profits, so government has to step in for their to be institutionalized guidelines. If cars were less safe, more people would get into accidents. Assuming they survived, they would then have to either replace their car entirely, or buy replacement parts from the manufacturer, either which being ideal for automakers. Automakers (and companies) that have a noble product centric mindset cannot compete with those that are ruthless and disinterested in public welfare. Take Tucker Car Corporation, for example, they made one the safest car of its era. Respective to the average of time, the Tucker 48 might be the most innovative car of all time, but that did not stop a competitor (or competitors); with awful products, by comparison; to smear and destroy Tucker. In 1950, there were no automotive safety standards at all. During that time, most automakers did not have anything in terms of safety. Even the cabin itself was dangerous in that there were not any padded surfaces, to cushion impact (the Tucker 48 had the first padded dash ever). The concept of a seat belt is such an obvious improvement to an automobile, that it was patented by the US government the same year Karl Benz constructed the ‘first’ ‘car,’ in 1885. Clearly, it had already been considered by most; if not all; auto manufacturers before cars even had four wheels. By 1950, seat belts were not only unimplemented on a wide scale, but only one auto manufacturer offered seat belts in any form. Ford was a trailblazing bandwagonner; they followed suit by making seat belts an optional extra in 1955. More impressive than the lack of implementation is the lack of innovation. Volvo was the first to consider improving the single lap band design… over 70 years later. The Swedish company patented three point seat belt, in 1958. By 1960, only it and Saab offered seat belts as standard on any car. It was not until the US government made seat belts mandatory in 1964 that they became commonplace. Median car safety did not begin to make any substantial progress until the US government forced the industry to respond, by threatening to reprimand those who did not conform to imposed safety guidelines. As a consequence, automobile deaths have been on the decline since 1950. Granted, that was years before safety was institutionalized in 1958 by the UN. But there are more factors that play into that decrease. Subsidies that increased competition in the automotive industry, improving the roads, and legislation all helped make safer roads… and they were all facilitated by governmental assistance.