What Will Illuminate the Future 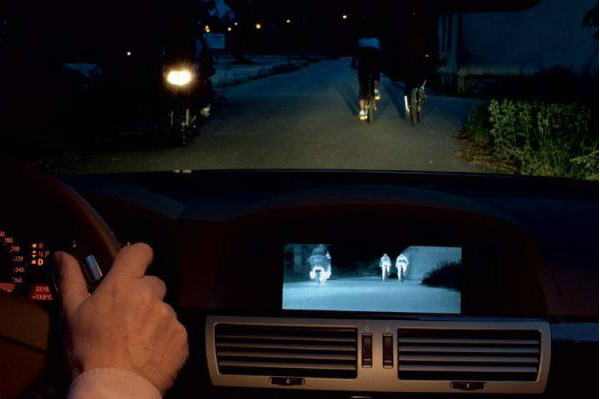 Headlights are something most people do not ever really think about anymore. They are a convenience that is done effectively by basically every car on the road… well… at least in first world countries. There are many other roads across the globe where I be genuinely scared of driving on at night, and I have driven in some truly terrible driving conditions. Beyond all the horror stories I’ve seen on Top Gear, I have seen some questionable lights in Central America. Regardless, in the future, headlights will not be limited by only illuminating what you can see (infrared), but also remember the roads, and anticipate problems so they can warn you of things you would otherwise not notice. Someone that does think of headlights is my mom. If people need them to drive, she cannot. Now, this is not something I intimately understand, but I know that she describes the affliction as night blindness. From the way she describes it, it seems that her eyes just don’t dilate efficiently so she gets the worst combination of not being able to adjust to low lights while being properly flashbanged by all the headlights and traffic signals on the road. I know she could benefit from infrared lights, because she could more than make due with a small screen virtually recreating the road out for her; she is a fantastic driver. However, we have had this technology available for years now. WWII soldiers on both sides of the struggle were using NVDs (Night vision devices) to kill one as far back as 1939. Not only that, we have had the capability to put it directly on our faces since the Vietnam war. Today, you can buy (or make) NVDs for $10. Granted, while those would probably use Generation 0 or Gen I technology, the point is still valid. Older generation technology was burdened by resolution and needing some sort of light source. In a car the resolution would not be so critical; just avoid the bright blob headed your way. And the NVDs could be supplemented by the lights you already have on your car. Not to mention, screen technology has skyrocketed since then, while prices are still dropping like Taiwan’s birthrate. Infrared headlights even, are hardly futuristic; they have been illuminating the roads since the Cadillac Deville, but what of the price? Still sky high with our screen technology. Automotive NVDs are bolted on to only the poshest of luxury cars. Admittedly, they are much more sophisticated than the ones on the old DeVille, but prices usually sink as technology reaches the surface. These days only Mercedes, BMW, Audi, and maybe Lexus use the technology. And they work fantastically... for a premium. I do not understand why more companies do not implement the technology. All three of the German automakers add the option for 2,300 (Mercedes undercuts their competition by a whopping $40), even if there is not much of a market for it, that is probably still very cost effective for the company. Ford is actually trying to do the impossible. They are trying speed congress’s journey to the future (or as the rest of us know it: the present), not only are they using infrared headlights, they are making them adaptive. Ford’s Advanced Front Lighting System (ha FAFLS), is using a combination of adaptive headlight technology (which stupidly illegal in the US), GPS mapping, and Infrared, to better illuminate the road ahead. FAFLS will use GPS mapping to anticipate the contours of the road which will in turn alter where the infrared cameras are facing to optimize visibility for drivers, it will even map out any road hazards. Hopefully, 'hazards' include potholes.