How the Government Could Have Stopped Volkswagen 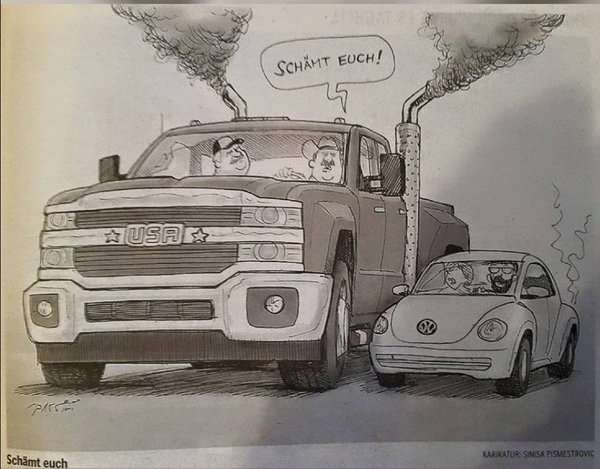 Volkswagen is being sued by various governmental agencies. The Environmental Protection Agency (EPA), the Department of Justice (DOJ) and the Federal Trade Commission (FTC) have open cases against Volkswagen. Sadly, that is more indicative of an underlying systemic problem than anything else. Let us ponder the intention behind instituting these governmental agencies. The EPA was created to protect the environment, and in simple terms for the purposes of this mental exercise, the FTC is in place to protect the consumer. If either entity is suing Volkswagen, it is because neither of them were not doing their job to begin with. The DOJ gets a pass, because they exist as an afterthought. After something illegal happens, the DOJ is used to provide a punishment. In that sense, seeking retribution for wrongdoing is a reactive process. Protection is (intrinsically) a proactive practice. To prevent an atrocity from occurring, actions need to be taken before the deed is done (obviously). Thus, simply by acting in conjunction with the DOJ, it is evident that both the EPA and the FTC have already dropped the ball. The EPA actually has systems in place to prohibit Volkswagen (and others) from polluting the way they did, but they are so woefully inefficient they have deterred no one. In fact, Volkswagen was not even the only perpetrator, they were just the most egregious. Before a car can reach the showroom floor, they have to pass an emissions test. The emissions test, while implemented by the EPA, is not done by the agency. Instead, automakers (or more often private third parties hired by them) run the tests and send the results to the EPA who then give the company the metaphorical greenlight. Those private companies have no incentive to innovate. In fact, as a private company their drive is the opposite, to keep costs down by using the cheapest (oldest) machinery. Not only that, why would they want to lose business by aggressively testing automakers products. Instead of implementing already available on-the-road testing, the EPA has stubbornly stuck to dyno only testing. The dyno emissions tests do not remotely resemble real world driving, so it was easy for automakers to design a an algorithm that circumvents the system. Again, it was not just Volkswagen that figured out how, BMW was at it over a decade ago. The FTC on the other hand has a trust busting historical origin. Trust busting; for those that may not know; is basically the prevention of monopolies. Volkswagen, before being caught; was building a bit of a diesel fuel monopoly. I can’t find the exact numbers right now, but Volkswagen provided a ridiculous proportion of the diesel cars sold in America after their clean diesel campaign (something like 60 percent). If they had been inclined to do their job at all, they could have investigated all the same Volkswagen advertisements they are now claiming were false, before they did any damage. Unfortunately, neither agency has the funds to diligently do their job. Taxes are only paid by the poor, and that money goes straight to the only thing that matters: the military industrial complex. There simply is not enough to make sure Volkswagen does not screw over the citizens.