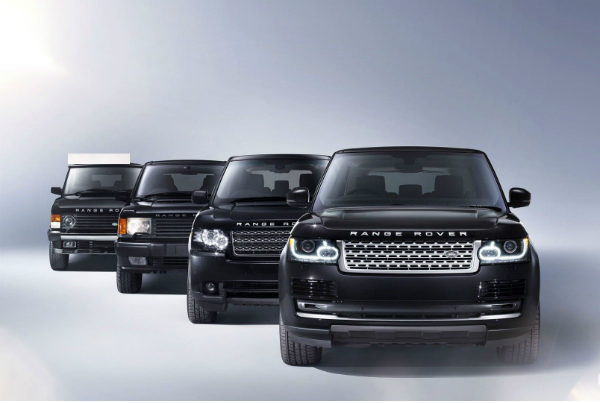 Range Rovers have always been seen as a symbol success. They have never come cheap, so more than a few practical decisions typically predate their gracing the garage. They are one of the last remaining examples of British automotive engineering, and the company that makes them makes the only British SUVs on the market. Let’s hope Land Rover’s latest recalls do not topple their British SUV monopoly. The Range Rover as we know it was introduced in 1970. At the time it’s story was very similar to that of the Jeep; military spec vehicle edited to suit the civilian life to rave reviews. The Jeep was more of a success in every way. Land Rover immediately tried to shed its PTSD ridden past, and remind consumers that they (as part of Rover) specialized in luxury. In that sense, they were moderately successful. But they also built a notoriety for unreliability. Though, in the interest of perspective, so did Jeep. I do not know how or when it started, but I know it exists. Currently, Land Rover misses the unreliability crown of the 2015 JD Power Vehicle Dependability Study by only one. They have been within the last 3 for the past two years, and before then they bottomed the list, after Land Rover announced a nasty brake recall for 70 LR2 and Evoques that could see detached calipers causing havoc. But, again their faithful rival is never more than 3 higher on the list (and recalls). Jeep has had quite a few recalls. The latest one is a trailblazer, in that, it could potentially set the trail behind them ablaze, when the Grand Cherokee’s suspension snaps. A week’s worth of Jeep suspensions were not properly heat treated. It is so serious, the 65 owners of the recalled vehicles are getting a personal call from FCA. The call is not to congratulate them on their purchase, but to warn of the potentially deadly suspension issue. The fact that Land Rover’s sister company has been; at least; above the industry average for Dependability the past two years. Jaguar was also top 3 for initial quality those same two years, leading the JD Power to name Jaguar most improved. Tata Corporation, is the Indian company that created Jaguar Land Rover Automotive. When both companies were in dire financial straits Tata swooped in, bought the companies from Ford and merged them as a subsidiary under Tata. Then (I assume), they just gave them access to their money and infrastructure, and let them do their own respective stuff, seemingly sans oversight, to increase their revenue. That is unprecedented… I think. Usually, when an auto manufacturer changes hands, the flavor is altered. When Fiat took over Chrysler, Chrysler was bathed with the legendary Italian sense of style. When Daimler bought Chrysler their in house financial branch briefly stopped sucking so zealously. Ford ruined Jaguar when they owned them, but were a miracle maker for Aston Martin. Bentley, Rolls Royce, Lamborghini and Bugatti all rose to prominence after being bought by Volkswagen, but they all have gotten more VW-ish in the process. Jaguar Land Rover Automotive is still technically British, it just gets its money and resources from Indian (history repeats itself). Tata has allowed both automakers and their own brand power and loyalty to make their improvements internally. Thusly, each company kept their own individual style, while experiencing the best era of their history. Both companies have had a recalls within the last year. A faulty sensor (and/or wiring) in F-types confused a child for a small adult, or vice versa; endangering both separately. The latest recall is specific to Range Rovers. They have some sort of software glitch which is causing their doors to randomly pop open, sometimes mid-drive. August 7th the company will be sending out recall letters. Around the same time, Land Rover will be issuing a much smaller recall pertaining to the LR4; whose panoramic roof is so susceptible leaks, that one customer report theirs flew off while driving.