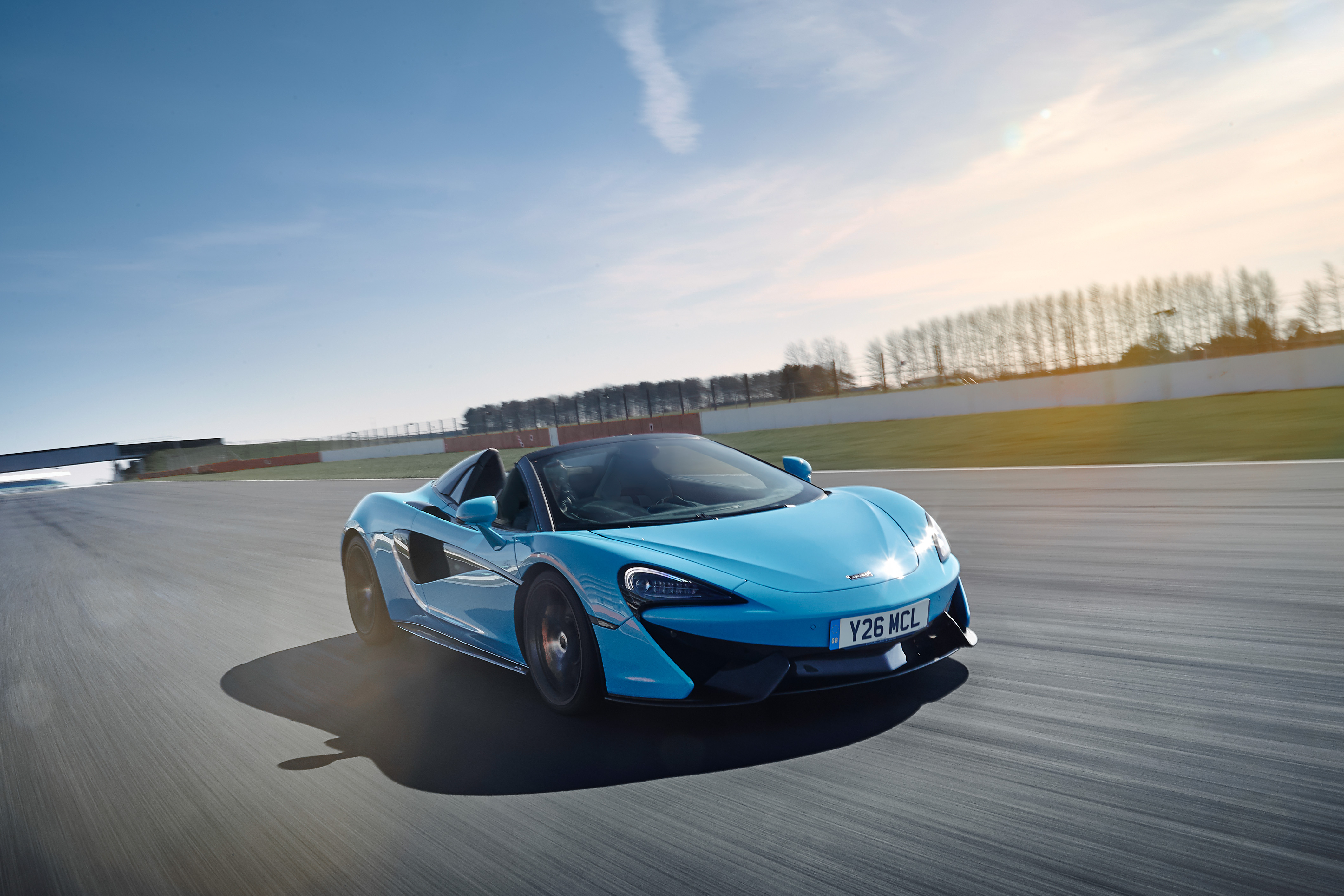 In its seven years, McLaren Automotive has produced many cars. In fact, it is celebrating the production of its 15,000th car. The 570S Spider was assembled at the McLaren Production Centre (MPC)in Working, Surrey, England. This McLaren vehicle belongs to the Sports Series family and is Curacao Blue. This impressive feat comes only 18 months after its 10,000th vehicle was produced in December 2016. Growth in consumer demand and production operations has led to this milestone. In 2016, a second manufacturing shift was put in place in order to keep up with the global demand. Prior to that, production of McLaren’s hand-assembled cars was around 10 per day. It is now at 20. More than 90 percent of McLaren cars are built in Working. These vehicles are then distributed to 85 dealers across 30 different countries.

Designed by Foster and Partners, the McLaren Production Centre in Working took 14 months to complete. On July 18, 20111 a McLaren MP4-12C was the first car to be signed off for shipping at the plant.

The Track22 business plan was introduced in 2016 and called for a $1.33 billion in research and development investments. This plan also called for the delivery of 15 new cars or derivatives no later than the end of 2022. More than half of these new vehicles are slated to be hybrids.

A record earning total of 3,340 McLaren vehicles were sold in 2017. Most of these vehicles were the 570S Spider in the Sports Series or the 720S in the Super Series. Approximately 66 percent of McLaren’s 2017 sales were from the Sports Series while the other one-third consisted of the exclusive Super Series. Rival Italian manufacturer Lamborghini sold 3,815 cars while Maranello-based Ferrari sold 8,383 cars during the same time frame. With the McLaren Senna in the Ultimate Series recently entering production, consumers will see the first 500 units available to purchase soon.

Mike Flewitt, chief executive officer for McLaren Automotive reports that the Sports Series 570S is the most popular vehicle they sell and thanks all of the hard-working McLaren employees for their dedication to the brand.