NTSB: Collision-Avoidance Systems a Must in All U.S. Cars 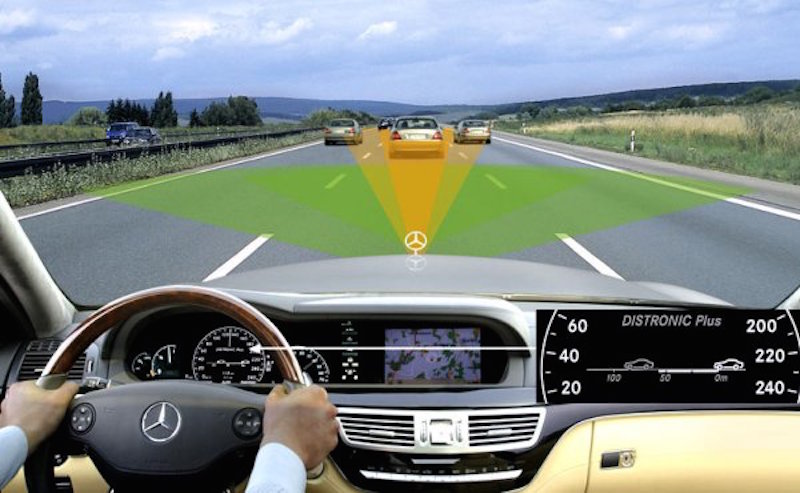 The National Transportation Safety Board is urging automakers to adopt collision-avoidance systems in their passenger and commercial vehicles. According to the NTSB, over 1.7 million rear-end crash accidents on U.S. roads resulted in more than 1,700 deaths and 500,000 injuries in 2012. The group claims that over 80 percent these accidents might have been prevented or limited had the vehicles been equipped with collision-avoidance systems. In a special report released by the NTSB, the group calls on the National Highway Traffic Safety Administration to include “active safety technology” in its 5-star safety ratings. In its report, the NTSB concludes that collision-avoidance systems, in conjunction with active braking, can reduce the frequency and severity of rear-end accidents. In essence, collision-avoidance systems monitor the environment surrounding the vehicle and alert the driver of an imminent crash. In select vehicles, the system can autonomously apply the vehicle’s brakes in order to prevent a potential accident or, in the worst-case scenario, limit its severity. The NTSB report recommends that automatic emergency braking become a standard safety feature in all commercial and passenger vehicles, rather than just for high-end luxury vehicles. According to the NTSB, only four out of 684 passenger vehicle models in 2014 included collision-avoidance systems as a standard safety feature. To NTSB chairman Christopher A. Hart, collision-avoidance systems shouldn’t be considered a luxury, but rather a standard safety feature. “You don't pay extra for your seatbelt,” Hart said. “And you shouldn't have to pay extra for technology that can help prevent a collision.” However, the NHTSA, the organization responsible for setting vehicle safety standards, has thus far ignored the NTSB’s recommendations on collision avoidance and automatic braking systems. In fact, these recommendations have gone unheeded since they were first made back in 2012. In this regard, the U.S. lags behind the European Union and Australia, while domestic automakers have resisted new mandates by claiming that they would add thousands to a vehicle’s total cost. The U.S. House and Senate are currently debating legislation that would require the NHTSA to include active collision-avoidance systems in its five-star safety ratings. The Safety Through Informed Consumers Act has found bipartisan support—a rare feat in this day and age—and represents the first auto safety reform bill to be supported by both parties in recent years. While critics allege that the bill doesn’t go far enough in forcing NHTSA to make needed reforms, the safety act would ensure that “American families are well-versed on whether vehicles they are looking to purchase are equipped with the newest, state-of-the-art safety technology,” according to one of the bill’s co-sponsors, Dean Heller, R-Nev. Another co-sponsor, Ed Markey, D-Mass., refutes the claim that collision-avoidance should remain an optional feature. “Today's 5-star safety rating system only tells them how safe they are in the vehicle once a crash occurs, ignoring any features like collision warning and automatic emergency braking, that can help avoid that crash in the first place,” Markey said. The NSTB has made 12 recommendations for collision technology over the past 20 years, but to no avail. With the intervention of folks on Capitol Hill, however, perhaps automakers will finally start taking the collision avoidance issue seriously. For more on the NSTB’s safety findings and recommendations, read their Special Investigation Report, “The Use of Forward Collision Avoidance Systems to Prevent and Mitigate Rear-End Crashes.” Image source: Go By Truck News