OnStar: Worth the Money? 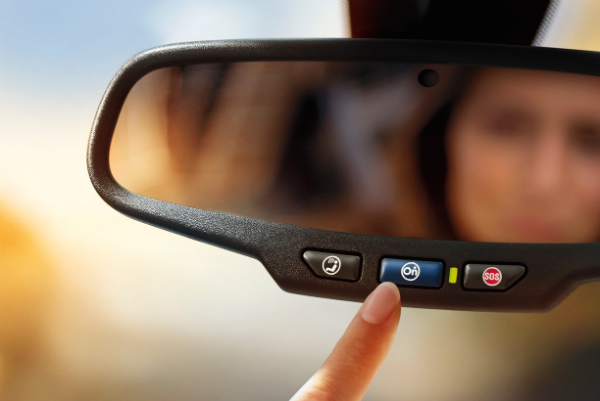 It is no coincidence that GM (General Motors) comes standard with OnStar. GM actually owns the company. That said, they are looking forward to your extending your membership. To be honest, their Protection plan doesn’t really impress me, and the Guidance plan is getting more creative if nothing else. But what I think might be worth the money is OnStar’s Security package. The Protection plan is much the same as it has always been. Drivers can connect to OnStar in case of emergency. If a driver locks themselves out of their car, gets a flat, runs out of gas, needs a jump or a tow emergency services at OnStar will send help immediately. If that sounds familiar, it is because your insurance company will likely do the exact same thing. In fact, Allstate is actually the company that takes care of all that for OnStar, which is nice because if you have both you are eligible for a discount. What separates them from insurance companies is that they will automatically call you car and assist you in the event of an accident. Not only that, OnStar can relay vital information to first responders that you may not know to say in a frazzled state. They are even rolling out a new technology (Injury Severity Prediction) that will actually speculate the asperity of an impact to infer the extent of the injuries. This will benefit how safety technology is developed, the extra information will help automakers optimize for emergencies. Also it will help 911 responders prioritize accidents, the more severe an accident the faster responders arrive. So if you’re in a hurry and about to get in an accident, go for gold, so OnStar helps you first (that is a joke, don’t do that). Another new service in the entry level Protection pack is Crisis Assist. This service kicks in during disasters natural or otherwise. From everything as trivial as a power outage, to volcanic eruptions and terrorist attacks, OnStar keeps you in the loop. It even warns against severe weather patterns, during a hurricane it could redirect you to an evacuation route, and notify your family in the process. It would be interesting to see how well informed the service is, for example during the flash floods in Texas, would Crisis Assist have gotten live information on where flooding was and was not at a given time? OnStar’s Security pack is well worth the money. I am just going to say it, no beating around the bush, there is nothing that beats their security. They have a system that alerts you if your alarm goes off, but that has the potential to get annoying. What is nice is if your car is successfully broken into and they start driving off, OnStar will actually remotely cut the power by 10 MPH increments. If you have a car that needs extra protection, it is safe to assume you paid a bit for it, so you can afford 250 a year… right? OnStar’s security is so good a crew of professional thieves with couldn’t steal cars they had keys for, I wrote a story all about it. 13 cars were recovered by OnStar in one day. The only way security could be better is if you had an actual police officer of the law watching at all times… though that didn’t help the dealership. OnStar even has its very own free app, RemoteLink, for all the major smartphone OS’s (operating systems, i.e. Android, Apple, and Windows). The app has a couple interesting functions. Without leaving the comfort of your bed, you could see how much gas is left in the tank (or charge in the battery), check oil life, and tire pressure. Let’s say you went to Disney World, tried (the legal limit of) wines of the world at Epcot, and now you cannot find your car. With RemoteLink you get live GPS location of your car, if that is not accurate enough, you can set car to honk and flash its lights until you find it. Since Orlando is hot, you can even turn the car on from your phone to have the AC cool the cabin prior to you entrance. You could also have the Navigation destination (assuming you also have the Guidance package) set before entering your car. If your son or daughter got excited when they saw the lights flash, you could unlock the car for them, and check to see how much of your Hotspot data limit you have left. The Guidance package would be fantastic, if you didn’t already have a smartphone. The problem is, if you have enough to buy a new car, you probably already have a modern cell phone. The features list mimics those of your cell phone. OnStar even has data plans so you can call through your phone as opposed to through your phone via Bluetooth connection. Though as I mentioned before in my story about Android Auto, Google Patented using your phone’s Navigation on your car’s infotainment system. But the good news is GM made a deal with both Apple CarPlay and Android Auto so you won’t have to align on party lines. That said the Guidance pack will be totally obsolete when those roll out. There are few functions that can be bought without a formal package. Another nifty feature is their Family Link. This is 3.99 a month and what it does is track you car real time. Obviously, OnStar does this constantly anyway, you’re just paying to get the information. It is nice to feel confident letting your son or daughter take the car out, but also, I like it as a security feature. The company also offers to turn your car into a phone with Data plans and WiFi, but everyone has a smartphone in 2015. Admittedly some of OnStar’s features are not worth it, but if money can by peace of mind, why not pay for it?