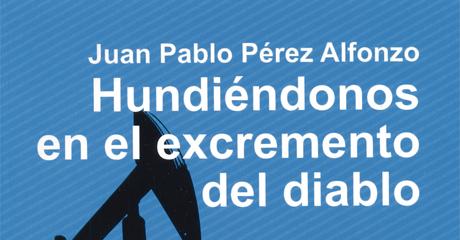 It seems that every so often a horrifying new man made environmental disaster reaches a level of critical mass, everyone universally pans it and has an opinion to prevent the next similar calamity, suggesting new legislation and rules about it; currently the spotlight is on Volkswagen Passenger Cars. However, while the spotlight is on one major monstrosity, many more are swept under the rug. During the Deepwater Horizon debacle, all eyes were on BP, but in the shadow of the fiasco was an equally appalling environmental episode destroying Marshall Michigan. While the magnitude was minor in comparison to BP; Enbridge’s oil spill still deserved national attention, because there is a crucial lesson to be learned there as well, but that will be the topic of discussion of another article. Right now, what was once the world’s most trenchant oil spill (Exxon Valdez), will be splayed beside the current flavor of the week. For perspective’s sake, Exxon Mobile Oil and Diesel Volkswagen Passenger Cars are side by side; both are cataclysms of pollution, but which fuels more devastation. First, a recap of both catastrophes for those who might be too young to remember or detached to be aware. VW AG is being vilified by all due to diesel debauchery. Earth’s most extensive automobile assembler is under fire for installing a cheating device on their small (2 litre) Turbo Diesel Injected (TDI) engines. The device devised when it was undergoing emissions testing by comparing apparent speeds to steering wheel position, if the wheel was stationary, the software knew it was being tested, so it optimized for emission efficiency. During daily driving the Diesel Volkswagen Passenger Cars polluted at levels 10 to 40 times the amount allowed by the Environmental Protection Agency (EPA). Over a quarter of a century before the diesel deception was detected, Exxon Mobil was drilling for the Devil’s Excrement  near Valdez Alaska. After successfully extracting millions of gallons of oil from Prince Williams Sound, the Oil Tanker Exxon Valdez was full to the brim with oil. Disaster struck when known alcoholic and Captain of the ship; Joseph Hazelwood; left Gregory Cousins in control of the tanker. The third mate of the ship hit Bligh Reef. The tanker subsequently spilled about 11 million gallons of crude oil into the gulf of Alaska. Two litre TDI Volkswagen Passenger Cars are said to be responsible for 46,000 tonnes in the US (or up to 212,000 a year globally (though the latter number is exceedingly unlikely)) of extra NOx (mononitrogen Oxide (NO and NO2)) emissions. That is not nothing, but compared to 11 million gallons of crude oil… it is. NOx is easily dispersed through the wind, and only concentrations in warm humid weather do damage. Oil is still spewing out of any crevice on the coast, because maybe 10 percent of the total was retrieved. The rest is still killing sea bottom dwellers, while 500 miles of coastline (of the 1300 originally coated) are still covered in oil. Exxon Mobil has claimed that the cleanup was quick and recovery was faster, but to this day the wildlife is still struggling to repopulate. After many 100,000s of animals died. People haven't died immediately, but like the VW AG scandal, they will have years of life stolen from them. On top of shaved human life spans, the livelihoods of countless residents has been extorted from them. Just the herring industry has been robbed of $400 million. Yet, VW AG is looking at $18 billion in fines plus the cost of mending diesel Volkswagen Passenger Cars, and possible criminal prosecutions; while, for perspective, Exxon Mobil is looking at $3.5 Billion in total costs, plus a misdemeanor for the drunk Captain. Hazelwood was fined $50,000 and is facing 1,000 hours of community service. Why is brilliant lying worse than negligent homicide? I agree oil is a necessary evil, but at the current scale of consumption, and factoring in the current accident rate "we [will be] drowning in the devil's excrement" (translated quote from an Organization of Petroleum Exporting Countries (OPEC) founder) well before NOx pollution even makes a dent in our lives.