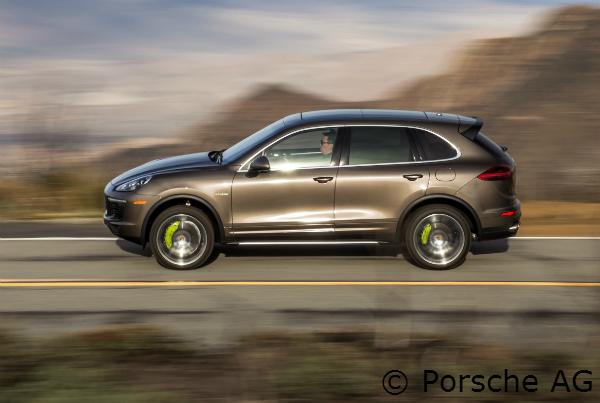 The fact that Porsche was the first to make a Plug-in hybrid SUV is no surprise. The first hybrid ever made, was in the 19th century, by a man name Ferdinand. A year later this car premiered at the 1900 world’s fair. The Semper Vivus was the first automobile to use both electric and internal combustion engines in tandem. 115 years later, Porsche has reached the market first again; their plug-in Hybrid SUV, leaving the other three in a race for second place. More recently, Porsche had another hybrid first. The 918 Spyder was the first road going hybrid hypercar. However to be thorough, the Jaguar C-X75 did debut earlier than all the others. It won 2 prestigious awards at the Paris Auto Show in 2010, but both as a concept. Unfortunately it is a one-off showcase what is theoretically possible from new Jaguar under Tata Motors Management. The car is fantastic, a hybrid with jet turbines to pick-up where the electric engines slack. The C-X75 could literally and figuratively take your breath away. It seems history is trying to repeat itself. Because, in the Hyper Hybrid automotive battle, the 918 Spyder was the first to hit the market, while the other two (the McLaren P1 and the Ferrari LaFerrari) were stuck racing themselves. Now Porsche is doing it again, with their Cayenne S E-Hybrid, is hit the Plug-in Hybrid market before any of the other racers. It reached dealerships around the country November 1st of last year. Speaking of races, it also seems that Volkswagen AG is intending to beat its competition around the track as well. Their SUV will start with a 3 liter V6 producing 333 horsepower and 325 foot pounds of torque. If it were just the Internal Combustion engine alone propelling the SUV, the Porsche would beat both the Mercedes-Benz GLE550e and the Volvo XC90 T8 Twin Engine. However, both competitors end up with higher total outputs than the Porsche. In spite of that fact, the Cayenne S E-Hybrid is still the fastest off the line, reaching 0-60 in 5.4 seconds. When the 918 Spyder premiered, it seemed to be a jack-of-all-trades but master of none hypercar. While it was absurdly fast and nimble, it did not feel quite as at home on the track as its two main competitors. While I personally have not driven any of these three mechanical masterpieces, the consensus is that the other two were watered down race cars. The P1 wanted to revolutionize the hypercar market with a tree-and-road-hugging general production race car. The TheFerrari just wanted to use the electric engine to make an even faster flagship production car, the environmental friendliness was just an incidental byproduct. The 918 on the other hand took a far more impressive approach. It appears, it is trying to be the best car ever made. Capable of leaving tire marks all over the Nürburgring faster than almost anything a civilian can buy, in a car so practical it can be used as a daily driver. You can even take the top off, and enjoy the world’s fastest roadster. The plug-in Hybrid SUV model of the Porsche Cayenne, on the other other hand, has gone to the dark side, and by that I mean the side that leaves black marks on the race track. The 77,000 SUV does not get fantastic gas mileage; it only gets 21 city miles and 26 highway miles. But in the German Automakers defense, they learned hybrid technology through racing (and making hypercars), it only makes sense that their plug-in hybrids have a little gusto.