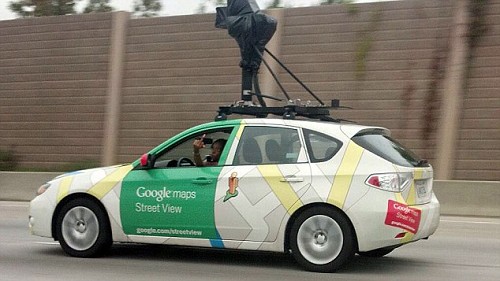 The future of cars is steering itself towards autonomous technology; surprisingly, it is not an automaker guiding that charge, but Google. The tech titan (not project titan) had a head start on the competition, in that it already had a well documented and extensive on the US automotive infrastructure, and not to mention access to a myriad of satellites. Now, Google is rumored to be trying to (potentially) further its advantage, by partnering with Ford Motor Company. The king of search (and future ruler of the world (I for one welcome in-tech overlords)) has been working on autonomous vehicle technology for over five years now. By October 9th, 2010, the company already had 140,000 miles logged in. It was then, on that blog that Google officially announced their intentions to take over our roads and highways. The declaration came after many years of observation using covert satellite and overt manned video surveillance. Ostensibly, I am not the only one that is welcoming the overlords into my life. In 2011, a law was passed, allowing autonomous Google cars to flood the then dry streets of Nevada. Now five states and the Washington District of Columbia have officially sanctioned the spread of these autonomous automobiles. In other words, those who do not submit are all doomed. That’s where the President lives, it is only a matter of time before Google takes all of our jobs with the full support of whomever is president in 2018. This may come as a surprise to those who assumed that they had more time to bide, but the 2020 vision has been pushed up. And that figure was proposed before the proposed merger between between Ford Motor Company and Google. Things are going so well for the aforestated tech company, that they are even being hailed as saviors. Some say, that Autonomous vehicles will reduce accidents by up to 50%, if implemented. Why not 90%? Apparently, accidents primarily spawn from human error (90% of the time). If another promulgator of the autonomous menace is correct, human driving will be outlawed. However, if there is hope, it lies in the prole drivers (or California, but that’ll be addressed later). If everyday drivers can prove that they aren’t the worst there is a chance of at least sharing the streets with the beasts. However, the way things look now that is a long shot. California is fighting back by reigning in the autonomous driving liberties. They are making it necessary for a licensed driver to be behind the wheel in case of emergency at all times. That driver would be liable for any damages. This must be a move to spite the overlords, because all research suggests that a licensed driver is an inconsequential addition, the more drivers trust the software the less they pay attention. Is that wise California? A small minority (I hope) of drivers, are so selfish and stupid that they are the ones causing all the accidents and traffic. Driving is inherently dangerous. Two ton hunks of metal going 70 miles per hour could cause all kinds of devastation, multiply that by the number of however many things the captain of an aforementioned death machine is doing; other than driving. Now, factor in an exponential relationship between number drinks and/or lost hours of sleep in regards to impairment, and you have a pretty perilous proposal. The potential partnership is by no means far-fetched, many industry experts expected it. Also, the cross-industry companies have quite a few ties as it is. Alan Mulally, the CEO that reigned over Ford Motor Company’s 2006 revival is now on the board of directors at Google, along with various other ex-employees in far less prestigious positions. Beyond co-mingled workers, both companies stand to gain from the other’s expertise and infrastructure. If the scuttlebutt is accurate; the centenarian automaker will be proclaiming its validity in the first week of this year at the Consumer Electronics Show (CES) in Las Vegas. Google has outright refused to acknowledge any suggestions about a partnership while, Ford Motor Company admitted only to being in talks with various companies regarding their Smart Mobility Plan.