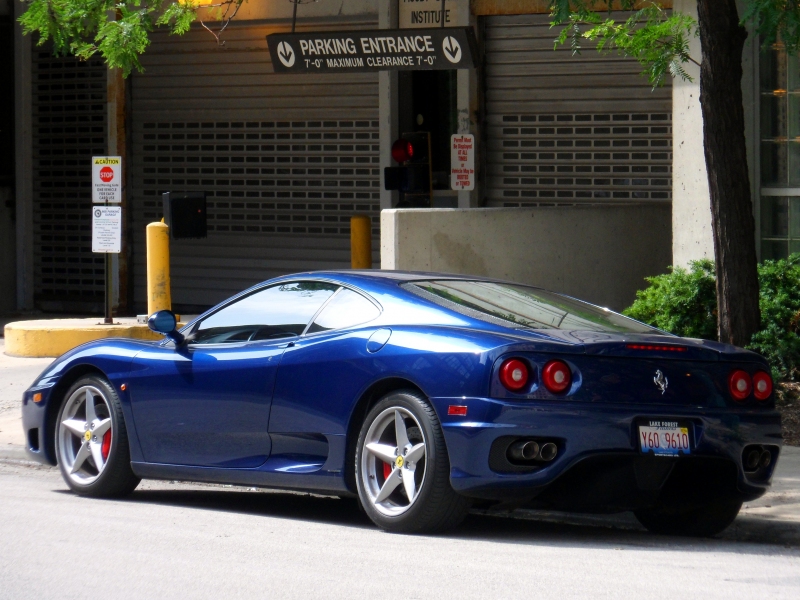 If asked what I think is the greatest automaker of all time, the answer is simple, Ferrari. Sadly though, I have not been as keen on them as of late. If asked simply, who makes the best car currently, I would need a qualifier, otherwise my answer would vary between a few options. I am more likely to been seen in my car than to be racing it. Because of that, I do not think the Italian stallion makes the best car in the current market. That is disappointing, because the car that made me like cars, was the 360 Modena. Soon though, I will remember the sin of coveting a perfect car, now that Ferrari is bringing back the Dino name. Historically, they would never put their name on anything that was not an indisputable automotive masterpiece, part runway model and track star. I love everything about what the company represents, down to the name. Even phonetically, it sounds better than the competition, just saying the name puts a smile on my face. Typically, I am an aesthetic buyer, which is my problem with the Italian auto manufacturer. As of late their cars have not looked like a Ferrari should. Their cars should have the sophisticated beauty associated with women; accentuated curves blended with an unparalleled attention to detail. That is what made them famous, more so than the engines and racing, with those looks, the company commanded attention wherever it went. To this day they still demand the attention, but it seems they are pandering to it now. I personally grew up in a Ferrari Sweet spot, the rigid structures had stopped being prevalent, and the designs had not gotten too outrageous for my taste yet. After the turn of the millennia, it looks like they took a page out of Lamborghini’s playbook and ran with it. Mind you, I have nothing against Lamborghini or their styling, I loved their batmobile (Murcielago means bat). They also made the original Supercar; the Miura; which was fantastically gorgeous. However, other than those two, their cars were too angular and masculine for my taste. Granted, I like masculine cars, usually sports cars are aimed at the male demographic. I need to have some fun in my car. Therefore a manual transmission is a must, and if I could have multiple 100s of horses at my disposal, I would be physically incapable of complaining. I could criticize their styling (minutely, in the name of nitpicking), because I remember a time where the brand was synonymous with a timeless allure, but Ferrari engineering… bulletproof. That is why the Dino has me so excited. I have thought for years, major automakers should remake their classic cars with modern materials and amenities. Mini did it quite successfully. I thought it was genius, despite the hideous Clubman... and the fact it wasn't really a remake, just a major increase in size. Then Ford was massively successful with their fifth generation classic Mustang revival and moderately so with GT40. The most important remake to me, was the Fiat 500. As soon as I saw it I got butterflies. I am not even a 500 fan (I actually like classic Mini), but it was remarkable because this was the first remake that stayed faithful to the original, and it seemed to be becoming a trend. The automaker that had always come to mind I thought of cars to remake was Ferrari. The reason the 500 was so significant to me was, because I knew that Fiat owned the Italian supercar maker, and they had just made a proper automotive homage to the original. In 2009 my secret prayers were answered, FCA remade the California. The 1957 250 California was not my favorite Ferrari, but I appreciated return to subtle design. The original California is probably the most famous in Italian automotive history, so it had to be first. Though honestly, it was not even my favorite 250 of that year (and if race cars are ineligible for a remake). The Dino is special, Alfredo Ferrari is said to have been designing the V6 that powers it when he died at 24.  His father Enzo released the Dino as a production car 12 years later. Beyond that, I think the Dino was the first properly picturesque car the company released. As of now, not much is known of the Dino, other than the car will definitely be made. It is speculated to be released in 2018 or later, and it might have the Giulia’s breathtaking V6 powering it. When asked about it, Head of Ferrari and CEO of FCA, Sergio Marchionne said, “not a question of if, but when.“ Despite some serious problems with recalls, 20 recalls in appalling period, I like Marchionne. He revamped Fiat and is bringing Alfa back to former glory. I just want him to stop trying to court GM, and focus on the amazing things he is doing on the home front. If he sticks to the course, and makes the Dino, he will be remembered as the man that brought the 60s and early 70s’ prestige back to the Ferrari name.