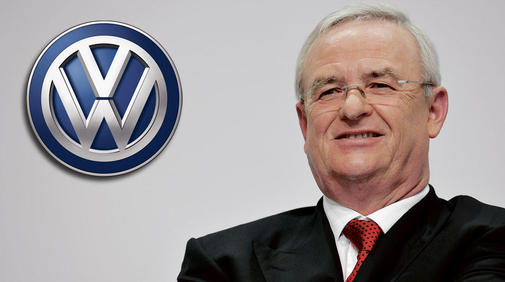 UPDATE: As this story was being prepared, word came down about Winterkorn’s final fate with Volkswagen. To no one’s surprise, Professor Dudenhöffer prediction about the VW CEO was accurate, thereby rendering the headline to this piece instantaneously moot. In his official statement of resignation from the company, Winterkorn accepted responsibility for the defeat devices that were found in VW diesel vehicles and expressed his hopes that his departure would allow the company to find a “fresh start.” However, he also claimed that he wasn’t “aware of any wrong doing on [his] part,” a claim which was corroborated by members of VW’s supervisory board. Personally, we find that a bit hard to believe but that’s up to the investigators to decide. Since the scandal broke, rumors persisted that Winterkorn would be fired or forced to resign. The swiftness and finality of this announcement clearly indicates that Volkswagen wants to move on from this scandal as soon as possible. Even with Winterkorn’s resignation, however, it’s quite likely that this story will continue to haunt the German automaker for the foreseeable future. The company is expected name a successor to Winterkorn at its next supervisory board meeting on Friday. Auto Publishers will have more on the fallout from the Scandal at Volkswagen tomorrow.

In truth, Volkswagen was always caught between a rock and a hard place. The company trumpeted the high fuel efficiency standards of its diesel vehicles, yet engineers and execs at VW undoubtedly recognized that it couldn’t meet those standards and deliver an engine performance comparable to that of gasoline-powered vehicles while also adhering to federal standards. With that said, the most shocking aspect of the ongoing Volkswagen scandal isn’t the actual crime, but rather the ineptness of the cover-up. For a company with a well-earned reputation for high-handed efficiency—it is German, after all—it boggles the mind that a billion-dollar auto company could be undone by a small environmental nonprofit that simply wanted to figure out why diesel-powered vehicles behaved differently in the lab than they did on the road. So here’s the million-dollar question: Why would Volkswagen risk its reputation, the profits of its shareholders and the health of its customers if it knew it couldn’t quite deliver all it had promised? It’s hard to believe that a conspiracy of this scale didn’t originate from the highest levels of Volkswagen management, which is why rumors persist that the head of VW CEO Martin Winterkorn (pictured) is on the chopping block. (We’re speaking figuratively, of course, although surely there are some folks that wish they could pull a Ned Stark on him right now). When you take Volkswagen’s deliberate attempts to deceive federal regulators into consideration, it’s highly likely that whatever punishment the company ultimately receives will be severe. Assuming that Winterkorn and the VW execs behind this scheme aren’t just plain stupid, what made them think that they’d actually get away with it? While we can’t presume to read the minds of Winterkorn and company, we will delve into the company’s possible motivations and the impact of their decisions going forward. Why They (Probably) Did It To be clear, this recent Volkswagen scandal isn’t the first time that a car company has been found guilty of violating emissions standards. As recently as last November, the EPA ordered Hyundai and Kia to pay a $300 million dollar fine for underreporting greenhouse-gas emissions for about 1.2 million vehicles. But figure fudging, while not exactly kosher, is fairly standard in the auto industry. What makes the Volkswagen situation unique is that it marks the first time (so far as we currently know) that an automaker mucked with a car’s insides by installing defeat devices whose sole purpose was to fool federal inspectors and the general public into thinking that their vehicles were more eco-friendly than they actually were. Why would they do this? Well, for one, diesel vehicles don’t sell as well in the U.S. as they do in Europe, where emissions laws are laxer and enforced less vigorously. It was this factor, after all, that inspired the International Council on Clean Transportation to perform their road tests in the U.S. as a control for the lab tests that seemingly showed Volkswagen diesel vehicles to be EPA compliant. By installing defeat devices in its diesel-powered vehicles, Volkswagen was able to improve performance, which is something all drivers want, but it also lead to increased emissions, which drivers definitely don’t want in this more environmentally inclined age. Another possible motivation Volkswagen may have had for trying to pull a fast one on the EPA is that diesel-powered vehicles emit more dangerous nitrogen oxides than gasoline-powered ones. The primary appeal of diesel is that it’s a more fuel-efficient source than gasoline, but the trade-off for many diesel-loving countries throughout Europe is increased smog and other environmental issues. Recognizing that they couldn’t operate by relaxed European emissions standards, Volkswagen purposefully tricked out their diesel vehicles in order to evade the tougher EPA standards. In a calculus between performance and emissions, VW tried to have it both ways by emphasizing the former while concealing the latter, and in so doing created a disaster that leaves the company worse off than if they’d left well enough alone. If anything, thanks to Volkswagen, the federal government now feels empowered to step up its regulation of the auto industry, according to Frank O’Donnell, president of the nonprofit environmental group Clean Air Watch. “They want to make it clear that they’re going to crack down on cheaters,” O’Donnell said to The New York Times. “They’re cheating not only car buyers but the breathing public. They want to lay down the law, enforce the law and show they’re not going to tolerate cheaters. The laws and regulation are only as good as the enforcement.” Winterkorn’s recent apology tour hasn’t ceased pressure on the beleaguered CEO, who will have to face tough questions from VW shareholders and lawmakers on Capitol Hill about what he and other top execs knew about the defeat device cover-up. The reaction has been even more vociferous abroad, particularly in the company’s headquarters in Germany, where one reporter observed that the VW scandal has “shaken [the country] to its core” due to the company’s financial and cultural significance. Whether out of malice or ignorance, Winterkorn will ultimately have to be held to account, say critics like University of Duisburg-Essen professor Ferdinand Dudenhöffer. “Either he knew, or he didn’t know, which is even worse,” Dudenhöffer told The Times. “Any politician in his situation would have to resign.” So where does Volkswagen and the auto industry as a whole go from here? We’ll cover this topic and more in the fourth and final part of our Scandal at Volkswagen series.