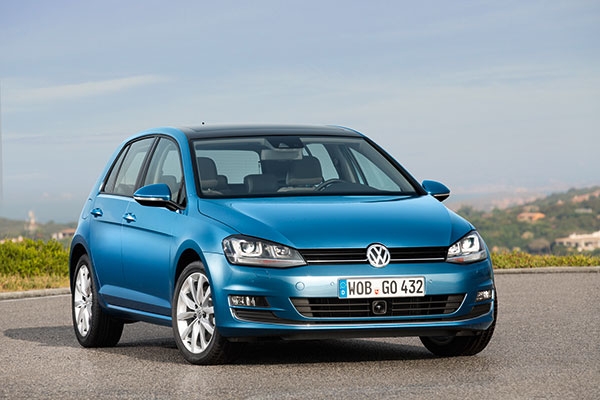 Time for a quick recap on recent developments involving everyone’s favorite scandal-plagued German automaker: Five Million Not Served Approximately five million Volkswagen Passenger Cars were outfitted with the defeat devices used to cheat emissions tests, according to a statement released by Volkswagen on Friday. Earlier in the week, VW revealed that 11 million of its diesel-powered vehicles, specifically those with Type EA 189 engines, included the now-infamous emissions lowering technology. Volkswagen said it learned that nearly five million of vehicles sold worldwide in its Passenger Car line were compromised after conducting an internal investigation. Volkswagen Passenger Cars CEO Herbert Diess stated that the company is “working at full speed on a technical solution that we will present to partners, to our customers and to the public as swiftly as possible.” Among the affected Volkswagen Passenger Cars vehicles cited by VW are the sixth-generation Volkswagen Golf (pictured), the seventh-generation Volkswagen Passat and the first-generation Tiguan. This list doesn’t include current Golf, Passat and Touran models, as they are Volkswagen Passenger Cars that fulfill the EU6 norm. VW is expected to produce a complete list of the Volkswagen Passenger Cars that contain defeat devices. Et Tu, Audi? As if that wasn’t all, the emissions scandal plaguing Volkswagen has also infected its primary subsidiary. Audi announced today that 2.1 million of its diesel vehicles included the defeat device “fix” that has gotten parent company Volkswagen in such hot water as of late. Audi spokesman Jürgen de Graeve echoed the sentiments of his Volkswagen counterparts, stating that the company is “working at full speed to find a technical solution.” De Graeve also added, “Once we have that solution, we will write to customers and we will upgrade the cars so that they are within emissions regulations.” The affected Audi models include the A1, A3, A4, A5 and A6 sedans, the TT roadster, and the Q3 and Q5 SUVs with 1.6-liter and 2-liter diesel engines. The bulk of these affected Audi vehicles were sold primarily in Western Europe, with some sold in Germany and the U.S. Škoda, a Czech-based Volkswagen subsidiary, said that 1.2 million of its vehicles were also affected, but country and model-specific information hasn’t yet been released. Müller to the Rescue On Friday, Porsche unit chief Matthias Müller was named Volkswagen CEO. Clearly Müller has a tall task ahead of him in returning the tarnished VW name to its former glory, a challenge he seems prepared to fully embrace. “My most urgent task is to win back trust for the Volkswagen Group—by leaving no stone unturned and with maximum transparency, as well as drawing the right conclusions from the current situation,” Müller said. “Under my leadership, Volkswagen will do everything it can to develop and implement the most stringent compliance and governance standards in our industry.” For now, the highly respected Müller will pull double duty as Porsche head until a successor is named. As part of the corporate restructuring, Škoda CEO Winfried Vahland will head a new North American unit, while current Volkswagen America CEO Michael Horn will be retained in his current position. Wrestling with Winterkorn As for Müller’s predecessor, prosecutors from the state attorney’s office in Braunshweig, Germany will investigate disgraced former VW CEO Martin Winterkorn to ascertain his role in the diesel emissions scandal. The investigation will seek to determine whether Winterkorn and other Volkswagen bigwigs knowingly committed fraud in selling vehicles that cheated on emissions tests. The investigation was instigated by customer complaints about Winterkorn in Germany, where citizens are legally allowed to file criminal complaints against individuals. There has been widespread public outrage directed toward Volkswagen in Germany, where the company is headquartered, leading to calls for a dramatic restructuring of the company. For his part, Winterkorn, who resigned from Volkswagen last Wednesday, said that he wasn’t “aware of any wrong doing on [his] part.” While VW’s supervisory board supported Winterkorn’s claims, it has endorsed a full criminal investigation into its employees’ activities. For more on the Scandal at Volkswagen, Auto Publishers will be sure to keep you updated as events develop.