Scion FR-S: Not for the Squeamish 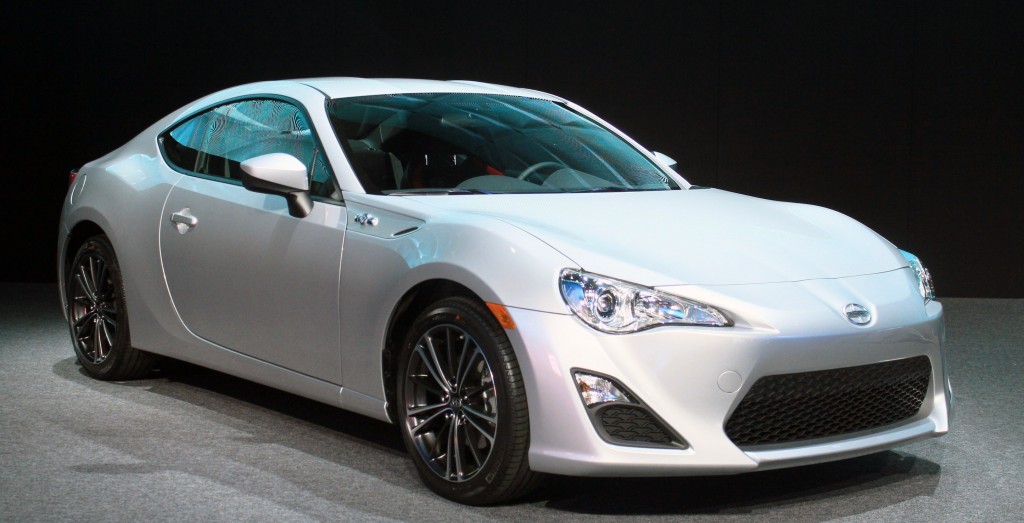 The Scion FR-S is a car that I have been craving a spin in for a while and I recently got my chance.  I went into Don McGill Scion off of I-10 in Katy, Texas and was delighted upon walking into the showroom. The car they had dead center of the showroom first to be seen when walking in wasn’t even technically a Toyota, it was a white Lexus LFA. The LFA was widely considered to be one of the best cars (if not the best) to drive. In many ways the Scion FR-S, I feel was supposed to be like the LFA (a super car not for squeamish drivers), but in a much smaller scale. Right off the bat, it should be noted, this car, like the LFA (which doesn’t even have a cup holder), is by no means for everyone. It is supposed to do one thing, really well. Do something in a way that no one else can, or better than anyone else can deliver. However, the price for this singular excellence is about 25,000 and cuts in comfort. 90 percent of typical drivers are going to be repulsed by all the inconveniences surrounding this car. However, the diehard 10 percenters will keep the fame flame for this niche car alive for years to come in auto clubs all over the world. The reason the Scion FR-S is so popular amongst Generation Y gear heads, is because it was designed to be the funnest car it could possibly be for the price. There are quite a few sports cars for under 30,000, some great ones at that. The GTI, Mustang Ecoboost Premium, Camaro,, Fiat 500 Abarth, Focus ST, Civic SI, and even the 370Z are all in the market for under 30,000. The difference is that those are all made for very similarly watered down purposes. The muscle is made to be very fast in a straight line, make a beautiful noise, look muscular and comfort is key. The others are made to be precise automotive toys, like a practical go-karts. In that category, the GTI continues to be King Midas, the gold standard on which cars of that breed are compared and rated against. Of the cars I mentioned before, the one most comparable to the FR-S is the 370Z. To be frank, the 370 is a better all around car, but it is also at least 4 thousand more. Both are homages to the classic Sports cars of days past, though each has their own flavor. The FR-S has skinny little tires strapped to 200 horses made for keeping the gears low and the revs high in the bends. Unofficially, this car was made to drift, and there isn't much possible to do in a car that is more fun than drifting. This isn’t to say that drifting cannot be accomplished in the 370, it’s just that with the steeper price tag the task is considerably more stressful. Not to mention the 370Z has much more power, 332 horsepower with 270 pound feet of torque to the FR-S’s 200, and 151 (respectively), add that to the 370’s much heavier body. That is a spicy recipe for a casual eater when trying to let the back tires dictate inertia’s direction. The Scion FR-S’s squeamish excluding penchant for drifting, is not the best value for money the car furnishes. That award goes to the feel that the car provides. This car feels like an old race car more than anything. It is loud, brash, pretty fast, uncouth and a little old fashioned, but in the best of ways. The steering is so responsive almost to the point of twitchiness (in a good way). The second and third gears are a one, two punch of jumpy acceleration, and while the noise made by them isn't particularly pretty, it is satisfying in its own way. Those that like their veggies, are not the target demographic for this car. Visibility is truly abysmal, your blind spot is Mayhem, and looking out of the back window is like sitting behind Shaq at the movies. I have never encountered a worse cupholder (but at least it has one), the back seat is more than an optimistic lie; it’s a nuisance (just remove it entirely and replace it with any old speaker so I can at least see and hear please). Everything just feels cheap (lightweight) from the upholstery to the inescapably shouty engine. However, one day the stars will align. You will be seated beside your (not squeamish) crush, egging you on as you catch the yellow turn signal, sideways in a controlled slide; looking back at the plumes of smoke left in the intersection, you will thank God (or whoever) for your 2015 Scion FR-S.