The Shelby GT350R Mustang Is on Its Way! 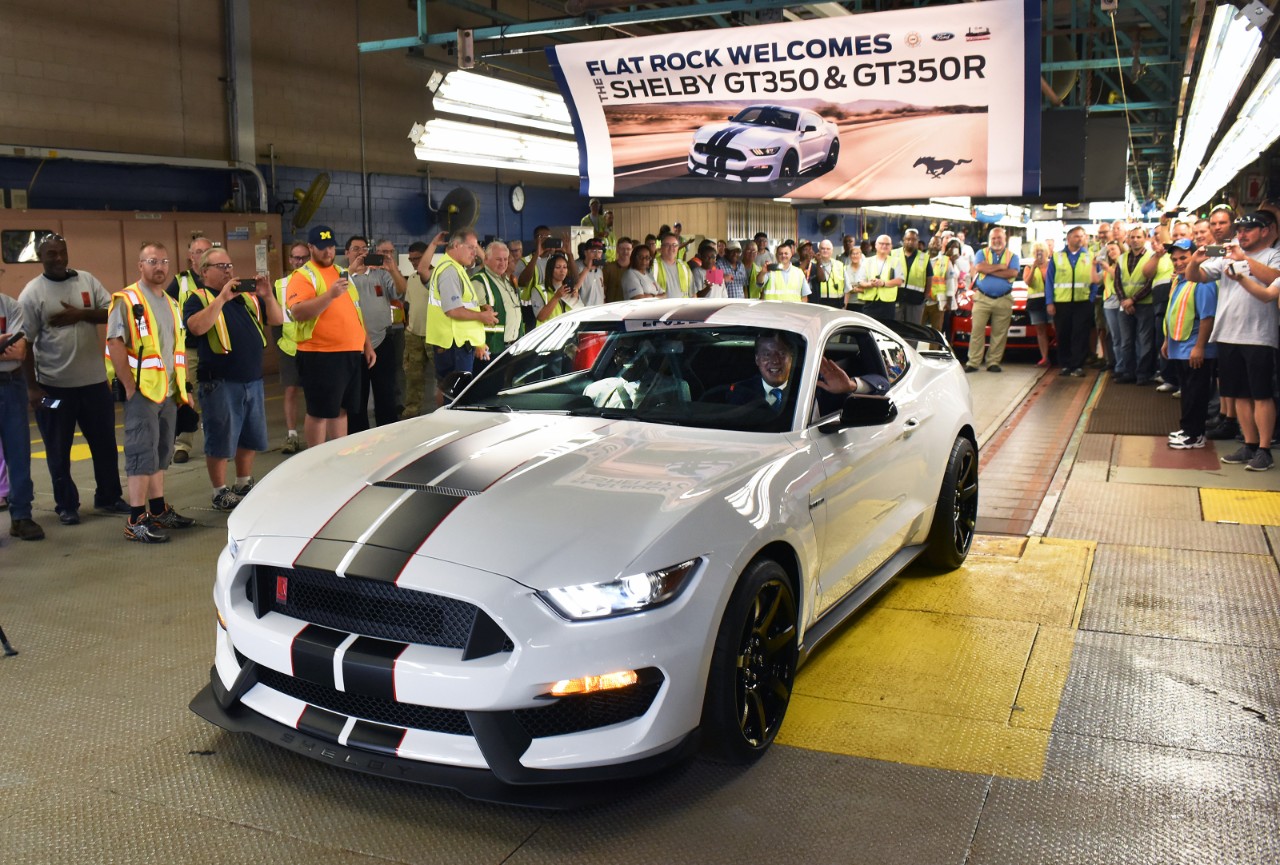 It’s the announcement that pony car enthusiasts have been waiting for: Ford has begun production of the Shelby GT350 and GT350R Mustang (pictured). These highly anticipated Ford Shelby autos are being made at the automaker’s Flat Rock Assembly Plant in Flat Rock, MI, which is the same plant where the standard Mustang was once produced “This is a special day for all Mustang enthusiasts,” said Bill Ford, executive chairman, Ford Motor Company. “We have taken the GT350 formula to the next level of innovation, style and performance. Today the legend continues.” Ford is rolling out these limited-edition 2015 Shelby models to commemorate the 50-year anniversary of the original Shelby GT350 built by Shelby American. The Ford Shelby vehicles are named for legendary automotive designer and racecar driver Carroll Shelby, whose name still carries a great deal of cache among automotive fans. The GT350 Mustang was recently exhibited at a Ford car show in Gardenia, CA designed to pay tribute to the late Mr. Shelby. Although the original Shelby was built in 1965, however, that doesn’t mean that the 2015 Shelby will go completely retro. In fact, the new-generation Shelby GT350 and GT350R Mustang models will include a shift light indicator that allows drivers to adjust their speeds while keeping their eyes on the road. Both the Shelby GT350 and GT350R Mustang will also come equipped with a 526 horsepower, 5.2-liter V8 engine that Ford says is “the most powerful naturally aspirated Ford production engine ever.” The all-new Shelby will offer a sleek, aerodynamic design with carbon fiber wheels for improved track performance, all of which should appeal to car owners who like a little giddy-up in their automobiles. Any individual interested in purchasing a Shelby GT350 or GT350R Mustang will have limited opportunities to do so—in fact, it may already too late. Only 100 GT350s and 37 GT350R Mustangs and will be available for the 2015 model year. Due in part to overwhelming customer demand, Ford will accommodate fans by producing additional 2016 model-year Shelbys. The Shelby GT350 and GT350R Mustang are expected to go on sale this fall. You can find out more about these dynamic Ford muscle cars here. Image Credit: Ford Media Center