The Force is With the Star Wars Inspired Dodge Charger 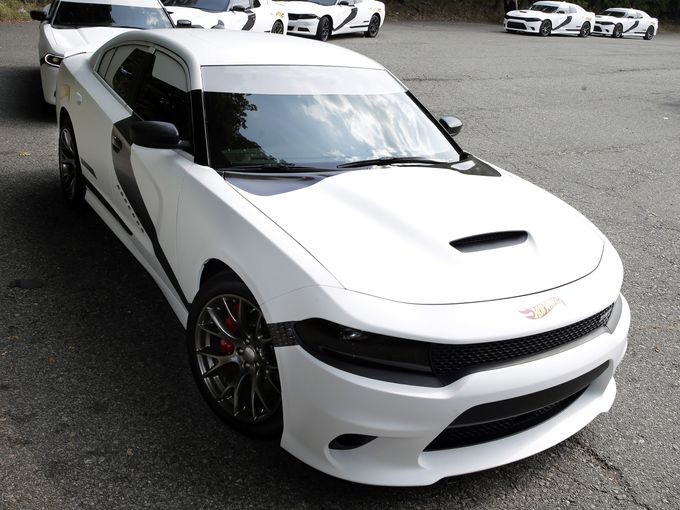 In the Star Wars films, the Imperial Stormtroopers were the nameless, faceless soldiers who fought Luke Skywalker and his rebel forces. Despite serving mostly as cannon fodder, the Stormtroopers at least looked cool in their black and white battle armor. Their look was iconic enough to inspire thousands of fans to dress up like them at conventions, so why not develop a Dodge Charger that looks similarly cool? Of course, it doesn’t hurt that the vehicle capitalizes on the massive hype surrounding Star Wars: The Force Awakens arriving in theaters on December 18. Dodge recently teamed up with Mattel and Uber to deliver a fleet that included eight Dodge Chargers of varied makes and trim levels. The Dodge Charger fleet paraded through the streets of New York for a “Force Friday” promotion in which eight lucky passengers were given Uber rides. Vehicles in this fleet were made to resemble the Mattel Hot Wheels Stormtrooper diecast toys that tie in with the upcoming film. Unfortunately, the Star Wars cars were part of a “one-time promotion,” according to a Fiat Chrysler spokesperson. But given the ginormous success the J.J. Abrams directed film is likely to enjoy, we suspect that a black-and-white Dodge Charger with similar styling will inevitably follow. For the latest news in the automotive world and beyond, be sure to check out Auto Publishers—the decisive leader in automotive listings! If you’re searching for a new or pre-owned vehicle in your area or in a galaxy far, far away, Auto Publishers can provide all the info you need to make your next vehicle purchase.