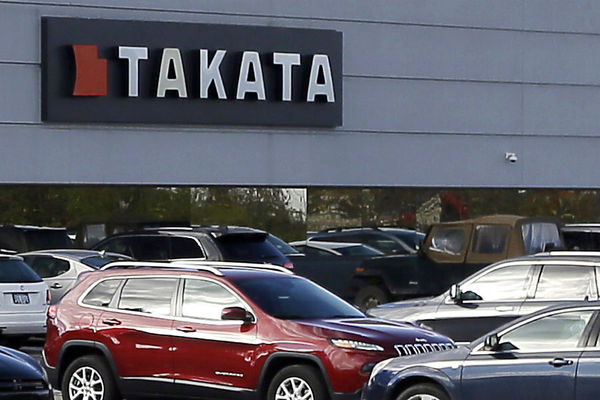 Ever since 2014, numerous recalls are becoming the new normal; Volkswagen Passenger Cars, Takata Corporation (and all the auto manufactures they subcontracted for), Fiat Chrysler Automobiles, General Motors, Toyota, Ford… it seems no automaker is immune from the National Highway Transportation Safety Administration’s (NHTSA) vigilant Surveillance. Shamefully, (or thankfully, if empathetically speaking for the automakers) the NHTSA has still been rather lenient with regular regulation rejectors. Conversely, the Environmental Protection Agency (EPA) has shown minimal mercy to scofflaws (omitting oil industries). Takata Corporation and Volkswagen Passenger Cars have been prosecuted by two separate governmental bodies, to highly heterogenous happenstances. The two companies have had comparable crimes and convictions, but the difference is the prosecuting party. The Japanese Safety subcontractor is being punished by the NHTSA, which up until last year was essentially a puppy policing panthers. General Motors egregious automotive atrocity (the ignition switch recall) changed all that. The malicious nature of the incident, paired with the NHTSA’s lack of urgency and understanding the gravity of a tragedy, was enough to spur the agents of change. The NHTSA could have addressed the problem in 2007, but instead tolerated the travesty for seven years. The NHTSA’s  response was so feeble congress castigated the NHTSA. Due to their verbal flogging, the NHTSA was tougher when it came to investigating Takata Corporation. However, the company is more accustomed to the piqued puppy punches than anyone else. In 1995, the company faced a portly paw during their seatbelt recall. Coincidentally, GM wrecked the discipline curve then too. The NHTSA was accused of accepting money in exchange for the company’s anonymity during a recall. Despite the ‘heavy hand’ used by the NHTSA due to previous indiscretions there was no fine. Though at least the public was made aware (Chrysler did not notify drivers for a recall in march of the same year (the NHTSA received flak for that too)). This year, the safety specialists have been fined $14,000 a day for their inadequate assistance in the investigation. If that lasts a year, that would be a little over $5,000,000… that’ll teach the billion dollar leader in airbag sales. Mind you, this Takata Corporation did just as much lying as Volkswagen Passenger Cars did, and not even in a clever way. They actually even testified in front of congress on a few occasions. They result was some more castigation, only this time directed at auto subcontractor. When information surfaced about their claymore airbags; allegedly; the response was to start testing the product on off hours and find a replacement. The company could not keep the story under wraps, so they had to bail before the heat was on, so they destroyed all the evidence of the testing. In spite of this, and the fact that the company had publicly ceased certain safety tests, it does not seem Takata will be under any more scrutiny, as long they can replace the afflicted airbags. Volkswagen Passenger Cars however, is not dealing with the notoriously indulgent NHTSA. The Environmental Protection Agency (EPA) is conversely critical in respect to reviews. If a company is found to be in violation of their policies, they better lawyer up be prepared to pay the minimal millions. However, they seem to be notably more lax when it comes to oil companies, if comparing Exxon Mobil’s $3.5 Billion, to the proposed 18 for VW AG is anything to go by. The differentiating factor between the two cases is immediate vs diffuse damage. With Takata Corporation the injuries are swift and severe, while Volkswagen Passenger Cars is all about collateral contamination. VW AG will affect more lives, while the claymores will take more time away from each life. Aggregate suffering I would suppose is about equal, along with the parsimonious incentive, however at least trenchant intelligence can be respected (and simultaneously abhorred). The underlying issue is the idea of worse by action, when what should be most important is aggregate outcome. Murder is murder. It should not matter whether a trigger is pulled or an accelerator is pressed (unless extra agony is involved). VW AG deserves a $18 billion fine, but so does Takata Corporation.