Tesla Motors Model S Might Be the Best Car Ever 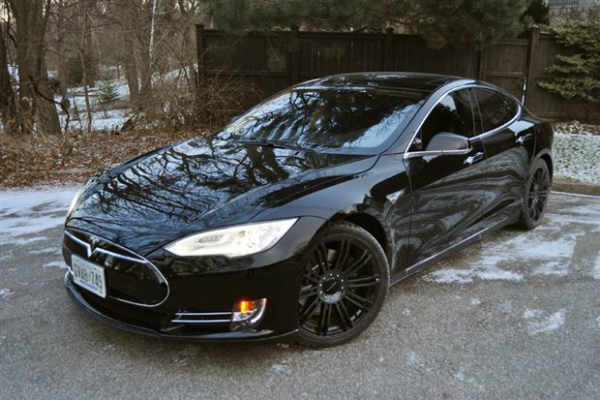 A few years ago, if you told me that a relatively unknown automaker; Tesla Motors; that historically, has only offered one very niche car, was going to be Car of the Year, I would have bet money that it wouldn’t. Honestly, I never bet, but in that scenario, I would have said to myself, take this chump for all he’s (or she’s) worth. Thankfully that opportunity did not ever present itself, because I would have lost my thumbs when Elon Musk premiered his flagship Model S. It was universally praised by all who drove it. By 2013, after everyone had a chance to formulate an opinion, it was the Car of the Year for: Automobile Magazine, Consumer Reports, and Motor Trend. Tesla Motors’ Model S 85D might be the second best car ever made, surpassed only by the P85D. I have not had a chance to drive a P85D yet, so I haven't had a chance to experience its Insane mode, but I drove the 85D in a test drive event. The car was unreal. It did everything a normal car could do (minus refuel), except better. It is a literal super-car. By now most people know that The Model S is an electric car. However, electric cars are met with skepticism. Commuters always assume the worst: it is going to run out of charge, I am going to be stranded etc. But the range is pretty long, 240 miles for the 70D, the 85D gets 270, and 253 for the mighty P85D. Of course, these are theoretical maximums, you may need to drive speed limit without an AC to reach these numbers. Charging at home does take quite awhile, 20 hours for a full charge at 120V, but the 240V upgrade is well worth the extra price to charge in 5 hours if you drive that much in a given day. People that don’t know much about cars assume that electric cars are slow. They use the Nissan Leaf and the Toyota Prius as an example, and, incorrectly, assume that all electric cars are lame ducks on the road. That could not be further from the truth in the Model S. Electric cars have tons more torque than their IC (internal combustion) counterparts. The 85D has 422 bhp so that must translate to just under 500 foot pounds of instantaneous torque (I could not find any exact specs). Before I had adjusted to the car, I almost rear ended someone with a gentle flick of my right foot. When taking off from zero the G-Force is so high even your floored foot feels the effect. The iconic electric car, got the once theoretical, above 5 star crash safety test rating (with a combined score of 5.4), besting some of the safest cars ever (be sure it is safer than the Falcon 9). When the machines that test safety ratings got a hold of the Model S, the Tesla broke one. It should be mentioned, there have been a few fire issues with the car. A few were being driven by lunatics that hit things hard enough to crack the batteries, but not all of them. A great few have been affected by road debris, while others may or may not have started due to arc discharging in the dense lithium batteries. The car is also tech temple. The center console is a giant iPad resembling screen. From there you can control everything that pertains to infotainment… basically you can do everything except drive on the touchscreen center console. You can even lock the glovebox with a code, from the screen. If clicking on a touchscreen is too last year for your cutting edge taste, the Voice recognition is sublime. It actually understands real human words. The California based automaker is poised for huge growth in coming years. Just recently they started to sell used cars through their website, the only downside being that only 11 metropolitan areas are licensed to sell the used electric cars. Next on the docket, is the release of their electric SUV the Model X, followed by the affordable Model III. Time will tell if they best their big brother the Model S upon release, but it is already certain, Tesla Motors’ might is not ever to be underestimated.