The Art of Stopping 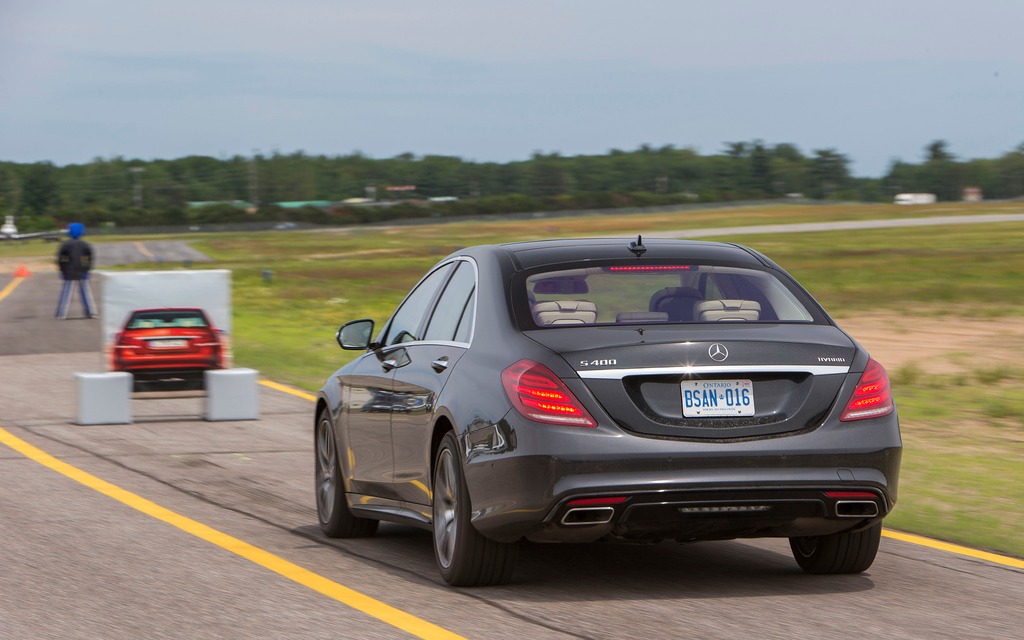 When most people think about autonomous autos, the center of focus is usually the steering not nraking. But  being able to let the car coast along at a predetermined speed with hands off the wheel. But it can be argued that braking is more important in the autonomy formula. The technology for automatic braking has been around for 45 years now. The Anti-lock Braking Systems (ABS) was introduced by Chrysler in 1971. It was the first instance of assisted braking. Mercedes then expanded on it 25 years later. ABS uses the same type of Vehicle Speed Sensor (VSS) sending information to the Speedometer except ABS analyzes four VSSs (one for each wheel) simultaneously to search for suspect actions and assist. Basically a VSS consists of two magnets on opposite ends of each wheel’s diameter, and a sensor in the center. The magnets emit a degree of charge depending on how fast the wheel is spinning, that is how the car determines your speed. Using the differences in wheel speed, the car can infer certain things. The name ABS originates from the need of cadence braking to not lock the wheels in case of a crisis. If the car deduces that a wheel is starting to slow relative to the others; to prevent it from locking and causing an irreversible spin; it decreases the brake pressure of the one wheel while allowing the others to maintain the same pressure. Noting that most drivers were too gentle in cases of emergency braking, Mercedes’s Brake Assist (BAS) added a spare container of highly pressurized brake fluid that the car employs to normalize and intensify braking in emergency situations as ascertained by the aforementioned five sensors. Three years later, Mercedes had all the tools essential to autonomous braking. In 1999, Daimler produced proximity sensors, that used radio waves to surmise the distance between itself and the next car. If utilized properly, those six sensors are just enough for the car to make accurate assumptions about the auto’s current course. If paired to clever computers and all the necessary means of manipulating automotive G forces (Brakes, steering, suspension, and an autonomous algorithm), that is enough for an autonomous auto. Unfortunately, our computers are not sufficiently intelligent for legislators’ standards. However, it was enough for Mercedes to integrate all the information into an adaptive cruise control in 1999. The German company coined it DISTRONIC, but it was the first form of adaptive cruise control. While not able to apply braking at full moxie, the DISTRONIC addition allowed the auto to adjust speed within a limited window. So, at highway speeds the car could maintain a certain distance from the car ahead without the driver’s assistance. Mercedes took a step closer to autonomy in 2005, by improving both DISTRONIC and BAS technologies making them both pluses. DISTRONIC Plus used BAS Plus to sustain an S-Classes distance from the car ahead, anywhere from zero to 125 miles per hour, even in stop and go commuter traffic. That was the last mechanical advance paramount for autonomous braking, now it just needs the necessary direction.